Jurgen wrote:http://denialthefilm.com is still suspended. Any updates as to what was happening with it?

See page 1 as quited below. May have something to do with it. Also, Eric's twitter account has gone.
The original, with mention ifof CODOH can be viewed here: https://youtu.be/aFflPn7kWgg


All mentions of CODOH have been dropped from this new episode and the website. Ostensibly, Hunt lost the CODOH support because of the troll joke in the first episodei

Lost major donor because of troll joke in part 1. Need viewer donations to continue. Thanks.

https://twitter.com/holocaustdenier/sta ... 6416369664
For me, it was the comments on Lipstadt’s inner/outer ugliness that appeared a bit too fierce. I think her comments comparing revisionists to child rapists and her appearance are ugly enough, no need to characterize her further.

Can’t these short bits be cut out/replaced, the copiers notified to upload the new version, and the project finished with support from CODOH?

That was Wolfgang Benz. He has since been replaced by Clemens Heni, a raving lunatic, as head of the Center for Research of Antisemitism, who would uphold even this claim. clemensheni.net
As has already been mentioned in this thread, after this article was written (and Joachim Neander published his soap study http://www.history.ucsb.edu/faculty/mar ... aseGSR.pdf) the results of a study confirming soap experiments with humans were published in October 2006. Germar Rudolf says in this interview http://tkelly6785757.podomatic.com/entr ... 7_24-07_00 at around 1:24:00 that the fatty acids found in the soap could have been from humans or pigs fed a human diet and that anatomy institutes attached to universities regularly produce such soap-like substances when preparing skeletons for students. Any source for this claim?

I briefly went through the website of this Clemens Henri: http://www.clemensheni.net/

Lunatic is still an understatement. Typical academic activist spewing his vitriolic hate for his compatriots. Perhaps a good thing to have such a person in that position. This vitriolic approach highlights what these people are actually up to. It's blurred with more soft-spoken personalities.
Clemens Heni rants against German nationhood and its proponents, while ardently defending Israel as a Jewish State.
http://www.clemensheni.net/the-obsessio ... th-butler/
http://www.clemensheni.net/ein-nuchtern ... erstempel/

This is a picture of him: Him at some meeting of the leftist SPD: 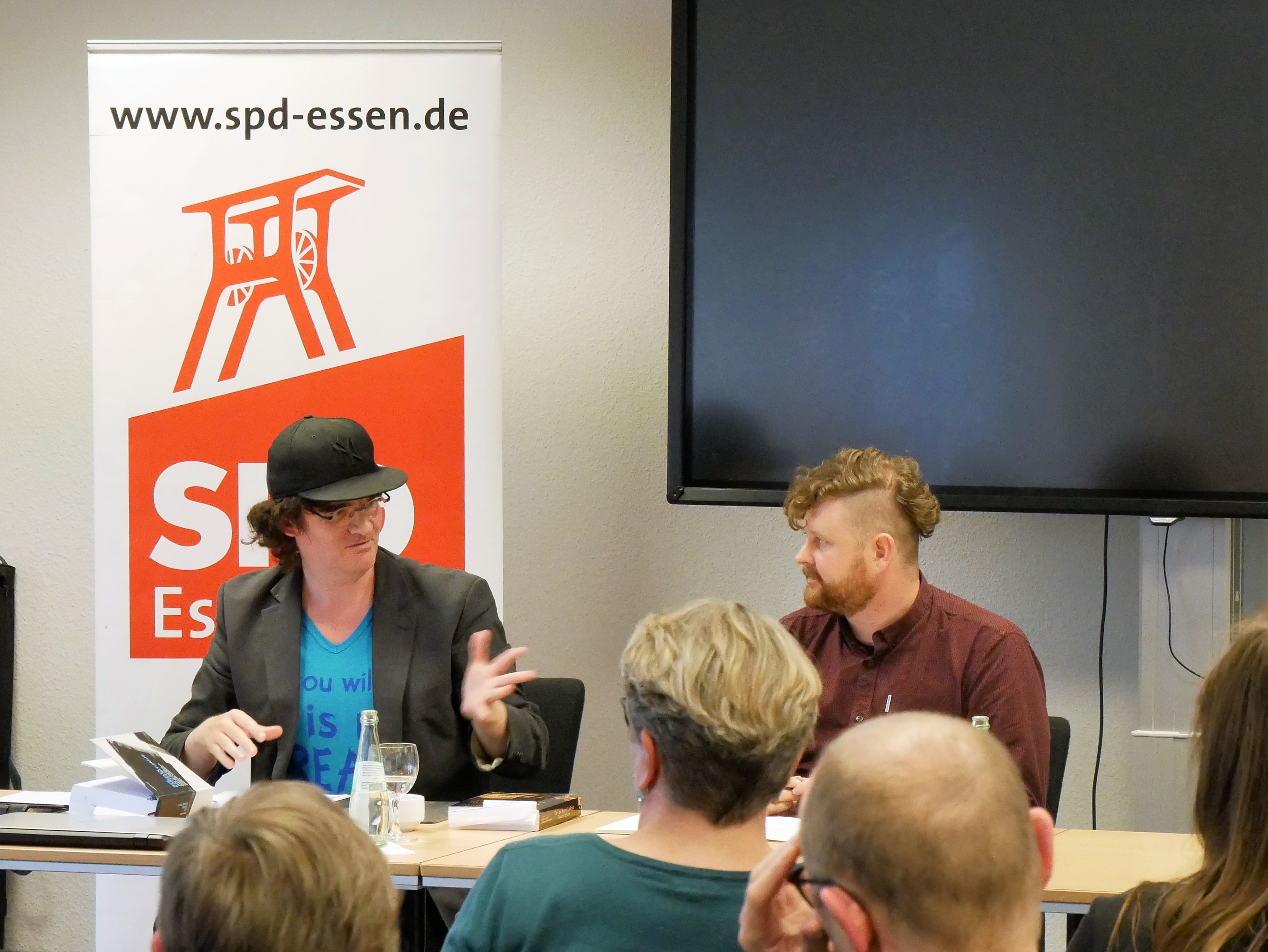 Seems to be the more extreme form of the typical "intellectual" leftist.

As said fat + alkali produces soap. A lot of cleaners are alkaline, if you clean a corpse with it, it can produce soap.
Top

"
Said Bauer: "Already at the Nuremberg Trials it was clear that this was not [true]. They saw the laboratory in Danzig was only experimental. The rumor about soap was a psychological plot against the Jews - classic viciousness of the Nazis. [People] ask me endlessly about the matter."
Bauer argues that the soaps should be removed immediately from all Holocaust memorials. He is eagerly awaiting the release of Ballas' film. Anything that weakens and refutes such myths is good, he says. But he doubts the soap myth will be put to rest so easily.
read more: http://www.haaretz.com/jewish/features/ ... m-1.527623
http://www.haaretz.com/jewish/features/ ... m-1.527623

No Dr. Bauer, the manufacture of soap from human fat was mentioned also in the Final Judgement under the charge "War Crimes and Crimes Against Humanity"

After cremation the ashes were used for fertilizer, and in some instances attempts were made to utilize the fat from the bodies of the victims in the commercial manufacture of soap.
https://avalon.law.yale.edu/imt/judwarcr.asp

The pieces of soap should also be removed from all places where they were "buried", not only from H Memorials.

List of Jewish soap monuments around the world
viewtopic.php?f=2&t=10719
Top