Forum rules
Be sure to read the Rules/guidelines before you post!
Locked
3 posts • Page 1 of 1

CODOH Forum participant Roberto Muehlenkamp represents the essence of those who promote, market, and faithfully believe in the "holocaust" narrative.

It is generally known & accepted that a belligerent avoidance of critical questions concerning the alleged '6,000,000 Jews, 5,000,000 others, & gas chambers' is standard operating procedure by those who profit and generally benefit from the mandated narrative. IOW, they dodge the issues to avoid being 'found out'.
Hence the refrain: 'Never debate "holocaust deniers".'

In lieu of CODOH Forum participant Roberto Muehlenkamp's claims sent to me that he has not avoided / dodged challenges put to him at this forum I felt it necessary to briefly spotlight these 'dodges' so that our readers can more easily review the details behind these very real evasions.

Besides Roberto's general inability to show this forum the truly enormous mass graves that the narrative claims exist, there are some specific examples which should be noted.

This thread is not meant for discussion of those dodges. Any resultant discussion / debate should occur in the threads which I have identified
However, I do ask CODOH Forumites to PM me with more examples so that I can list them in this thread.

From the CODOH Forum thread:
'Roberto Muehlnkamp's excuse for the lack of human remains at Auschwitz blows up in his face.'
viewtopic.php?f=2&t=11226
Hannover has challenged Roberto to produce the alleged 'Hydrokop Report", an alleged communist document that Roberto claims proves that the communist Poles excavated massive human remains at Auschwitz.
Roberto cannot produce the alleged 'report', which would be a hugely important document for the "holocaust" narrative.

CWhite in this thread:
'Challenge to supporters of the "transit camp" theory'
viewtopic.php?f=2&t=11232
issued this challenge:

Mortimer in this thread:
'Challenge to Roberto Muehlenkamp, Andrew Mathis & Believers on alleged Auschwitz / Birkenau 'gassings' '
viewtopic.php?f=2&t=11231
asks Roberto to show the forum what it is in The Rudolf Report that Roberto finds objectionable.
Roberto also dodges Mortimer's similar question about The Luftl Report.

In the thread:
'Industry's Roberto Muehlenkamp claims these faked 'photos' are proof of 'holocaust' '
viewtopic.php?f=2&t=11223
CWhite challenges Roberto with:

Well then Roberto, you have been requested to point out to us on this map, which allegedly shows the results of the "recent archaeological survey using non-invasive geophysical methods [which] discovered several pits considered to be mass graves or parts of mass graves.: 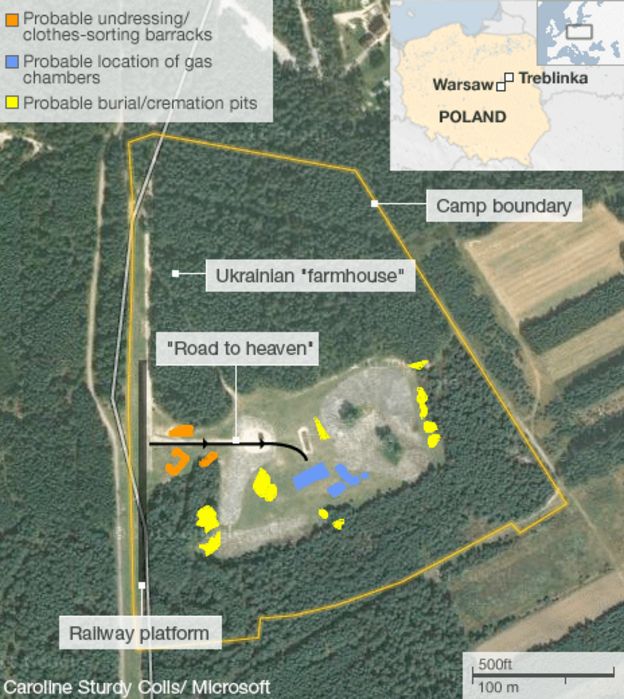 which one is the "huge mass grave" that allegedly contains "cremation remains as well as larger human remains (bones and skulls), which were present in the soil to a depth of 7.5 meters as established by excavation"?

So Roberto, you are herby challenged to provide the name of at least one jew that Michael Shermer alleges was killed at Belzec, Chelmno, Sobibor and Treblinka II, but you cannot prove ever even set foot in one of those four camps.
One name with proof Roberto.
Just one name.

Thanks, M1
Only lies need to be shielded from debate, truth welcomes it.
Top

Mortimer wrote:Anti revisionists who have critiqued the Leuchter Report often point out that Fred Leuchter was not a registered engineer. If this is a problem then what is wrong with The Luftl Report ? Walter Luftl was a registered engineer, expert court witness and president of the Austrian engineer's association -
http://codoh.com/library/document/2383/

That's great, but did he provide the proof that Rudolf failed to provide (see above)? That would be new to me, but I'm always open to learning something new.

Roberto: You have had time to read The Luftl Report so I was wondering what you make of it ? Do you consider it to have any value at all in discussing the subject of gassings ? Walter Luftl is not as well known as Fred Leuchter or Germar Rudolf. He had legal trouble with the anti revisionist law in Austria but the prosecution decided to drop the case -
http://codoh.com/library/document/928/

Only lies need to be shielded from debate, truth welcomes it.
Top

Here we see that CWhite outlines a challenge:

More to come no doubt.
M1
Only lies need to be shielded from debate, truth welcomes it.
Top
Locked
3 posts • Page 1 of 1

Users browsing this forum: No registered users and 12 guests