'Holocau$t Industry' spokesman Roberto Muehlenkamp has said that an 'excavator' was used at Treblinka to shuffle corpses of Jews around.

So here is a photo of Roberto's excavator from 'Surviving Treblinka ', by Samuel Willenberg. 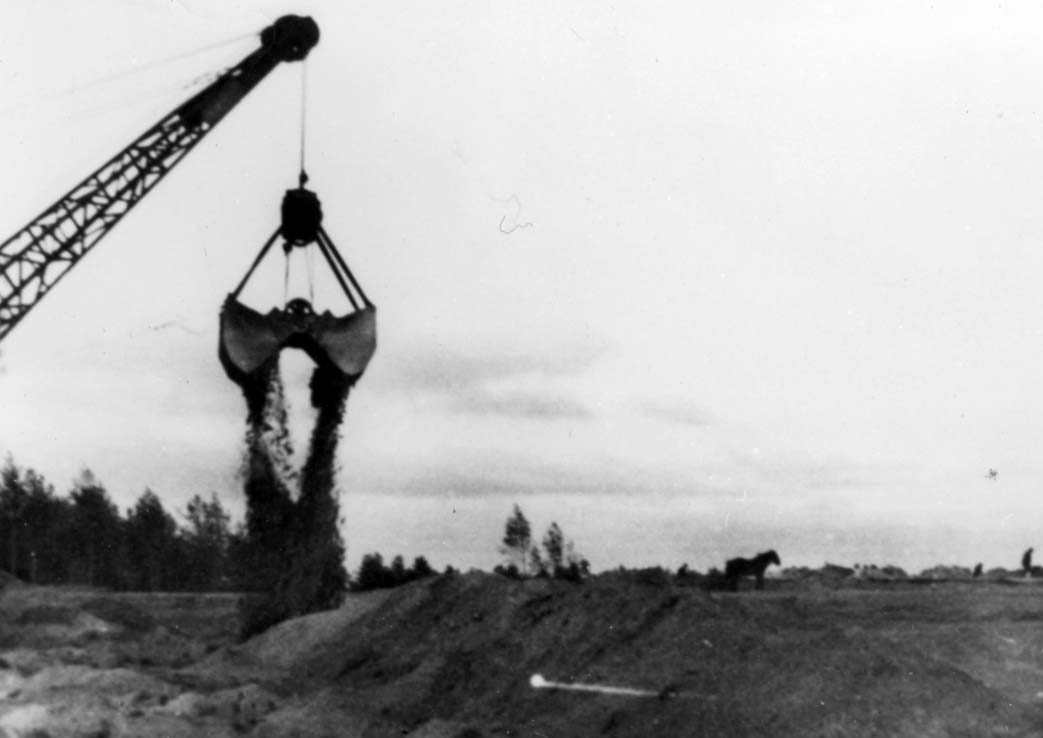 Do you see any "corpses"?

This is what passes for proof of the so called 'holocaust'.

And imagine this; you would be imprisoned in much of Europe for stating the obvious fact that the excavator's load is simply dirt.

The "Holocau$t Industry" in court:
'Please your honor, there really are remains of millions buried in huge mass graves, we know where the mass graves are, ... but, but, well, umm, we can't show the court. You must trust us, we're Zionists.'
If it can't happen as alleged, then it didn't.
Top

Here is a link to a M&H model MC equipped with a clamshell bucket and demolishing a building. https://www.youtube.com/watch?v=6Nm1N8Rr72Y Note how easily the clamshell cuts through masonry walls and tears apart timbers and rebar. The notion that you could "shuffle" cadavers around with such equipment is ludicrous. Pieces and parts of corpses perhaps but can you imagine the result from dropping that clamshell into a grave full of decomposing cadavers? At least Rajchman had the sense to realize that such equipment would mangle the bodies.
Top

The “corpses” look like they’ve already been cremated on that photo. But maybe we just need to make up another unfalsifiable claim to make the story believable to gullible people. 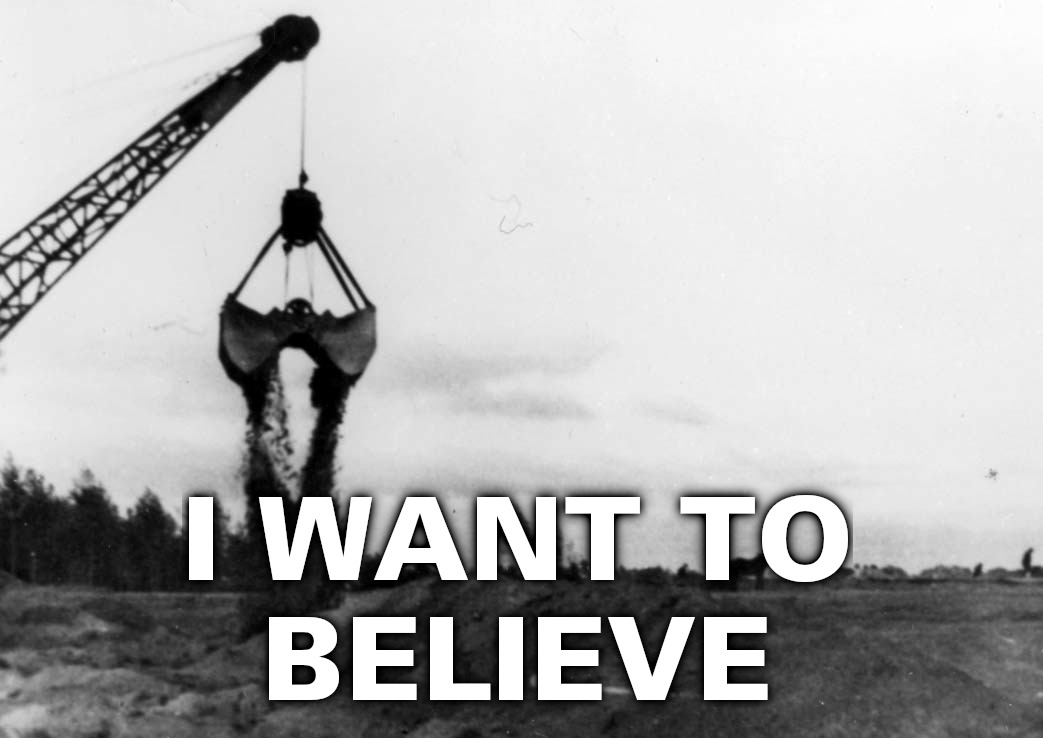 The corpses are out there somewhere
muh-corpses.jpg (66.94 KiB) Viewed 1334 times

»[Holocaust soap] odor, if captured and retained… would preserve the core of an individual soul… The undesirable smell of the extract spoke of the spectral Derridian trace… that continued to remind its consumers of their own bio-ontology.«—B. Shallcross
Top

Blood, too, was found to be first-class combustion material.

The Death Camp Treblinka, is a collection of essays. One of these essays is by Rachel Auerbach In the Fields of Treblinka.

Auerbach goes on to say:

The gas chamber was filled to the top. People were so tightly pressed into it that they had to raise their arms and draw in their bellies in order to make room for some more victims. The small children were hurled in over their heads.

But according to the 'Encyclopedia of the Holocaust', ed. by Israel Gutman, the alleged 'victims were lured into the alleged gas chambers under the impression that they were going to receive showers.' In fact it says the alleged diesel gas chambers had the 'appearance of showers' to facilitate the deception.

So, they supposedly had to raise their arms, suck in their bellies, and have children thrown in on top of them while falling for the alleged trick that they were about to receive a refreshing shower ... in an alleged diesel gas chamber made to look like a shower.

The engine inside the workshop next to the bath house was started. First a vacuum pump was used in order to suck out of the chamber the clean air. Then the valves were opened to let in the exhaust fumes from the engine.
After 25 to 45 minutes the chamber door on the other side could be opened and the dead bodies fell out, they were naked, some were white.
In Treblinka children were often thrown into the fire or mass graves alive. The idea was to save gas and ammunition. They believed, that children would not die as easily as adults because their blood vessels were not yet hardened.

Roberto and his Zionists also want everyone to ignore the fact that at Nuremberg it was 'proven' that mass extermination of Jews was done in steam chambers at Treblinka.

The 'holocaust' storyline is one of the most easily debunked narratives ever contrived. That is why those who question it are arrested and persecuted. That is why violent, racist, & privileged Jewish supremacists demand censorship. What sort of truth is it that denies free speech and the freedom to seek the truth? Truth needs no protection from scrutiny. The tide is turning.
If it can't happen as alleged, then it didn't.
Top
Post Reply
4 posts • Page 1 of 1