A man who makes personal threats against those that he believes to be free speech Revisionists, Roberto Muehlenkamp, and his 'Holocau$t Industry' propagandists claim this photo shows a burial pit at the German WWII transit site, Chelmno / Kulmhof that is said to be filled with human remains. 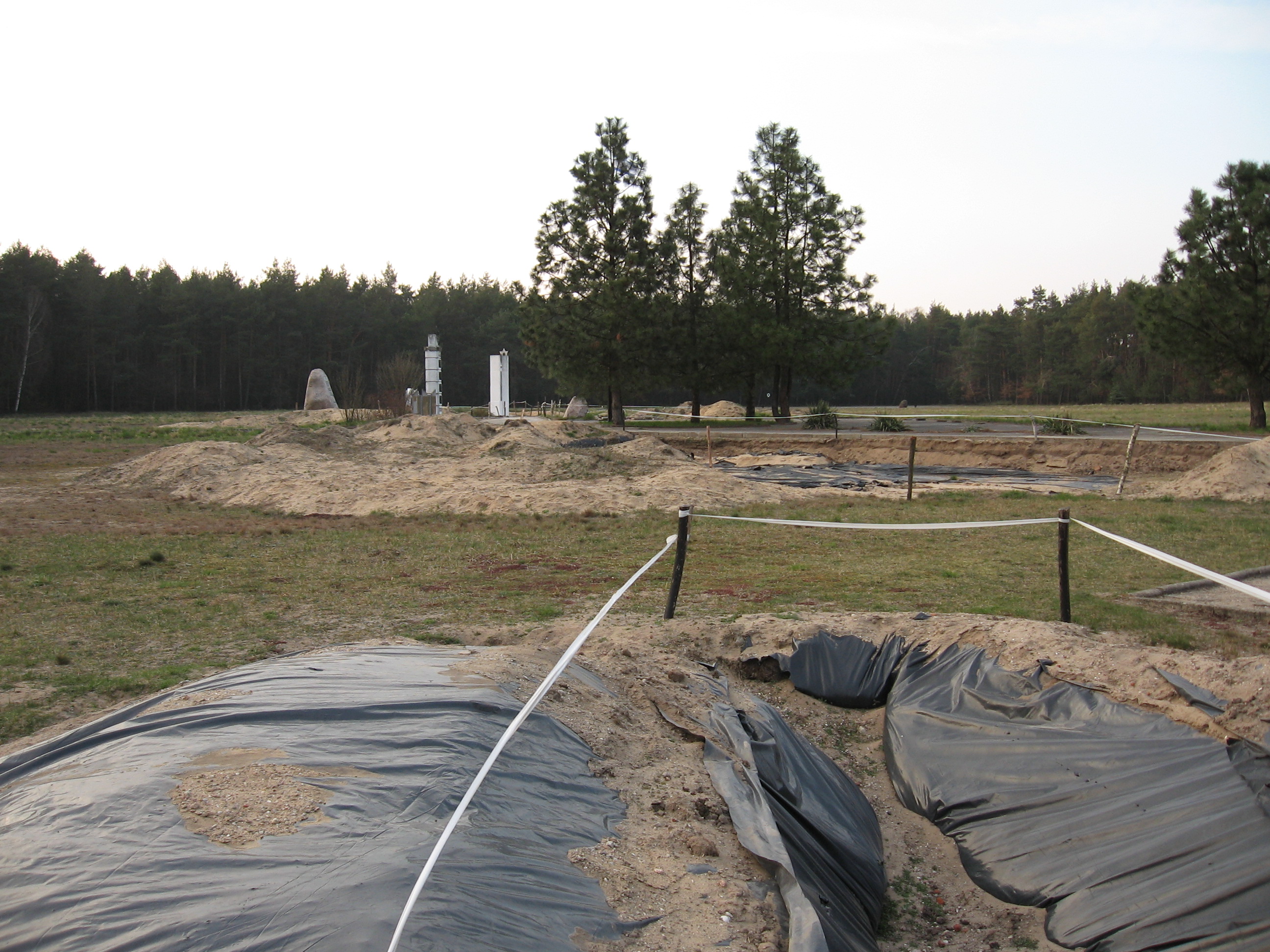 As usual with the absurd & impossible 'holocau$t' claims, it most definitely does NOT show what is claimed. A blind man can see that.

We ridiculously see a pile of dirt that is claimed to be the remains of 152,000 - 340,000 people allegedly killed there, the total depends upon which profit seeking shyster you talk to.

We see no human bones , we see no laboratory analysis which might prove that it's even human ash.

We see nothing except claims made by those that profit big time from the impossible 'holocau$t' storyline.

And so, Mr. Anti Free Speech Thug, Roberto Muehlenkamp, and your violent Zionist pals, where is a verifiable, reviewable laboratory analysis of this pile of dirt that proves it's the remains of 152,000 - 340,000 people?

All that we see is the laughably desperate wishful thinking of Roberto Muehlenkamp and Jews like him.
Of course, the obvious question is why do so many people want so many Jews to be dead? Revisionists don't.
Jews should be especially elated to hear that the alleged & impossible '6M' of their brethren were not murdered.

Remember, we're talking about an alleged '6M Jews & 5M others' ... 11,000,000.
There is not a single verifiable excavated enormous mass grave with contents actually SHOWN, not just claimed, (recall the claim of 900,000 buried at Treblinka, 1,250,000 at Auschwitz, or 250,000 at Sobibor, 34,000 at Babi Yar) even though Jews claim they still exist and claim to know exactly where these alleged enormous mass graves are.
Note: actually show us excavations & their contents, not some Zionist liar claiming mass graves where none exist, and not showing the alleged, verifiable enormous human remains of Jews.
If it can't happen as alleged, then it didn't.
Top

I can prove, with the same standard of proof applied in U.S. criminal courts, that the remains of no less than 36,325 people currently lie in no less than 15 graves at Chelmno.

But no proof anywhere yet.