Americans Who "Saw" The Holocaust 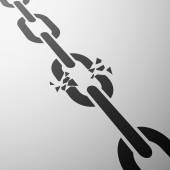 Americans Who "Saw" The Holocaust

When I engage in a discussion with anyone in real life about the holocaust one of the first things some people will say is something like this:

All of the people who use this to justify their belief are Americans, and their grandfather, great-grandfather, grand-uncle, etc. are/were Americans as well, sometimes they're/were British.

It is my understanding that all the claimed death camps are located in the East, mostly about the Bug River. No Americans, British, or other allies saw any supposed death camps at the times of their liberation. And camps like Dachau, Belsen, Buchenwald, and so forth were originally said to be death camps, so grandpa probably genuinely believed it and told his grandson/daughter about the horrors he witnessed.

Now, if what I say is correct or mostly correct I have a couple questions.

1. Why hasn't this been a major focal point for Revisionists, especially in America and the UK?

The way I see it, people in the West will be given to disregard anything the Soviets ever said on grounds of them being lying Communists. But since it's their own family telling them these things they seemingly believe it wholeheartedly.

To me it looks like the focus of holocaust Revision for the past while has been Auschwitz and chemistry. There are thousands, probably tens of thousands of myths about the holocaust to dispel so I get that it's hard to narrow things down when our opponents continuously make new claims. At the same time, wouldn't it be beneficial to target weak, but widely believed claims first and foremost? I don't know what the most effective way to do that would be, it's just a thought.

2. What material on the subject already exists?

I know of some reports on Dachau that state is wasn't a death camp, although recently I have seen claims that a gas chambers did exist there. I would like to see more on the camps liberated by the allies. But what I want to see the most are examples of claims made by WW2 Vets that were disproven. I think it would be interesting to know how that was done, but more importantly I would like to see something that shows WW2 Vets are not omniscient just because they're WW2 Vets.

Not being omniscient I had to reach for my Oxford Concise English dictionary first.

The value of some Allied soldiers' stories isn't that important to the holocaust claims whereas those of the survivor variety can say and do no wrong.

Dachau only had one claimed gas chamber, which may or may not have been tampered with after the war by the US but in reality it was never used as one and carries little weight with the claims about it. The Death Mills film claimed it was a gas chamber but that soon fell by the wayside as the story developed that the 'death camps' were in the east. That way it was much easier to hide behind the 6m myth as the truth laid behind the Iron Curtain which at the time was likely to last a very long time. Things were impossible to check. Since 1989 and the fall of the wall and the eastern european situation people were able to check. That's where the questions started, things didn't quite add up and of course still don't.

Of course as a average GI wandering through the horrid mess of Belsen one would have been horrified and as such I cannot blame people for saying they were there and saw the holocaust, when in fact they saw something entirely different from what we are now told the holocaust was.
'Of the four million Jews under Nazi control in WW2, six million died and alas only five million survived.'

The way I would approach such people is to say this: "I do not doubt your grandfather's experiences. I do not doubt that he was saw what he said he saw [exception: If he claimed to see a gas chamber]. But -- we now know a lot more about all that was going on, and we can put it in its proper context. What he saw at [Buchenwald, e.g.] was the result of a late-war collapse and disease epidemics, not deliberate mass killing."

But what I want to see the most are examples of claims made by WW2 Vets that were disproven.

The problem is that these "claims" are, as you describe them, second-hand at most, often third-hand or more by now, and thus vague. It is hard to dispute or refute a very vague story which the person who knows it third-hand does not even have many details on, like times and places.
The window has been opened; the breeze is blowing...
Top

The latter period is when the Holocaust became cemented, became the cornerstone of Western history and culture. Through the 1970s, there was a lot more ambiguity and less focus on the issue (which is essentially why major and systematic Holocaust revisionism only began at this time). Stories can probably be shown to differ between the two periods. The post-1980s "U.S. veterans who saw the Holocaust" anecdotes would have been told in a highly politicized environment in which the entire weight of our society encourages the veterans to say corroborate the new orthodoxy.
The window has been opened; the breeze is blowing...
Top

Indeed, whatever Western Allied soldiers and journalist saw, it wasn't evidence for "the Holocaust". This doesn't even add up, if you assume the orthodox Holocaust narrative to be true.

But shocking footage and photos are pretty compelling to gullible people. The only problem is how did this come about? Well, SOME of the people in the Western camps were starving and diseased given that the economy and distribution systems in Germany were collapsing for a number of reasons. One big factor was the genocidal bombing campaign of German cities. But there is other factors, too. For example it has been documented by the Americans themselves that Communist took charge over the internal administration of the camps:

Later, as part of the general change with the removal of KOCH, their lot was bettered. Relations between the German Communists and Russian PW's were peculiar. The senior Russian officer, as representative of the workers' fatherland, had great influence over the German Communists. His word was law. However, he made little use of this advantage. Most of the Russian PW's were evacuated before the Americans arrived. 3. There were thousands of non-German Communists in BUCHENWALD, particularly French, Dutch and Spanish. To some extent these were absorbed into the German organization, and took their orders from the Germans. A vast underground system of councils and meetings was built up to integrate them. Yet many did not like their German overlords. Many Russians and foreign communists spoke of beating up the German Communists when the day of liberation arrived. Their hopes will have to be deferred. By their "coup d' etat" within the camp, the German Communists remain masters over all the inmates, with rifles in their own hands to replace the support once offered by the SS....
https://archive.org/details/EdwardTenen ... waldReport

They also got control over food distribution:

Besides the top positions in the trustee organization, there were a number of key Communist strongholds in the administration of the camp. One was the food supply organization, through which favored groups received reasonable rations while others were brought to the starvation level. A second was the hospital (REVIER), staffed almost exclusively by Communists. Its facilities were largely devoted to caring for members of their party. All scarce drugs (and many were scarce at BUCHENWALD) were reserved for Communist patients, and hospital food was available for members of the Party even if not absolutely necessary. Another Communist stronghold was the property room (EFFEKTENKAMMER). Here came all the personal property of new prisoners going through the disinfection plant, down to their religious medallions, as well as of inmates who died at BUCHENWALD. Money and gold (including gold teeth from the dead or dying) was placed in a safe, and was carted away by the SS in suitcases a few nights ago. Other goods of lesser value were distributed by the Communists. Each Russian PW, for example, received a wrist-watch as a token of solidarity. Each German trustee obtained good clothing and numerous other valuables: the Communists of BUCHENWALD, after ten or twelve years in concentration camps, are dressed like prosperous business men.

Here came all the personal property of new prisoners going through the disinfection plant, down to their religious medallions, as well as of inmates who died at BUCHENWALD. Money and gold (including gold teeth from the dead or dying) was placed in a safe, and was carted away by the SS in suitcases a few nights ago.

Here came all the personal property of new prisoners going through the disinfection plant, down to their religious medallions, as well as of inmates who died at BUCHENWALD. Money and gold (including gold teeth from the dead or dying) was placed in a safe, and was carted away by the SS in suitcases a few nights ago.

Just on a side note. To my knowledge valuable metals are recovered in modern crematoria and nobody seems to be upset about it. This story of the carted off suitcases sounds however suspicious. The old "We didn't find evidence, because the fiendish Nazis did hide or destroy it" canard.

The project has raised almost £1million for charity since it began in Britain in 2004.
Steel hips, plates and screws from legs and skulls are collected after a person is cremated and sent off for recycling.
Even metal plates from false teeth and tiny fragments from fillings can be recovered and re-used, together with metal fittings on coffins.
High value metals which survive the 1000-degree cremation are then sold for use in the automobile and aeronautical industries.
They include cobalt and titanium, found in some implants and dental work. Cobalt is used in aircraft engines.
http://www.telegraph.co.uk/news/newstop ... ation.html