Here he have further proof of the fraudulence of the alleged & impossible '6m Jews, 5M others, & gas chambers'.
Only lies need protection of Orwellian Thought Crime & Anti Free Speech laws. Truth can stand on it's own.

This piece is filled with the usual lies made by supremacist Jews about Revisionists. Their sheer shrillness indicates desperation in the face of a growing tide of awareness about a narrative that is simply impossible, simply absurd, even comical.

The sentence handed out is actually amusing.
IOW: 'You must visit 5 manipulated work sites and tell us what you find'.
It's as if going to Disneyland proves that Mickey & Minnie Mouse, Donald Duck, Goofy, Pluto & Fantasy Land are real. 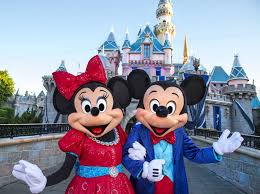 “Laurent Louis is generally considered as a baffoon,” said Dave Sinardet, a professor of political science at the Free University of Brussels. “He unites Belgian politicians all across the board in the sense that none of them take him seriously."

So then, if he is such a "baffoon", why was he arrested, fined, & sentenced?

Holocaust Denier’s Sentence: Visit 5 Ex-Nazi Camps, and Write About It 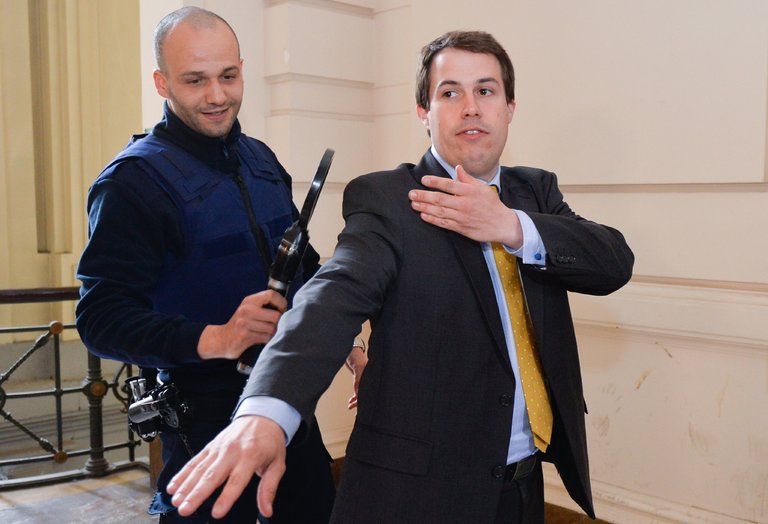 Laurent Louis, right, in 2014. He is a marginal figure in Belgium, but political observers said his case illustrated growing worries about anti-Semitism.

A former lawmaker in Belgium convicted of Holocaust denial in 2015 was handed an unusual sentence this week: The Brussels Court of Appeal ordered him to visit one Nazi concentration camp a year for the next five years and write about his experiences, according to the former lawmaker and local news reports.

The politician, Laurent Louis, is a far-right gadfly known for making inflammatory statements about Jews. He once called former Prime Minister Elio Di Rupo, the first gay man to hold the post, a pedophile. Mr. Louis left Parliament in 2014.

Mr. Louis was given a six-month suspended jail sentence and fined over $20,000 at his 2015 trial, which centered on online statements he made that questioned the number of Jews killed in gas chambers during the Holocaust. After that sentence was changed on Wednesday, he celebrated on Facebook and apologized “to anyone who may have been hurt by my remarks.”

“All that is left for me to do is to go and report in the death camps,” he wrote in a statement. “No doubt, the Court has recognized my talents as a writer.”

Mr. Louis is a marginal figure in Belgium, but political observers said his case illustrated growing worries about anti-Semitism as well as the different approaches that the United States and Europe have taken in response to the expression of far-right views.

Vocal support for Nazism and denial or expressions of doubt about the Holocaust are criminal offenses in more than a dozen European countries, including France, Germany, Belgium and Poland, according to the Yad Vashem Holocaust memorial in Israel. The type of punishment handed down to Mr. Louis is rare but has happened at least once before, in Hungary in 2013.

That is in sharp contrast to the United States, where the right to express far-right views, including neo-Nazi beliefs and white supremacy, is protected by the First Amendment.

In his statement on Wednesday, Mr. Louis said he would obey the ruling and “repent every year in a death camp.” In addition to being “very educational and very powerful on a human level,” he said the experience would also be a chance to “denounce current genocides.” That is language he has used in the past to refer to Israel’s actions in the Gaza Strip.

“Laurent Louis is generally considered as a baffoon,” said Dave Sinardet, a professor of political science at the Free University of Brussels. “He unites Belgian politicians all across the board in the sense that none of them take him seriously."

But Deborah E. Lipstadt, a professor of history at Emory University in Atlanta, said even fringe figures should be taken seriously. She called his sentence “unusual.”

“Don’t see this as one crazy guy who happens to be a Holocaust denier,” said Ms. Lipstadt, who opposes the criminalization of Holocaust denial. She is an expert on the subject: The Holocaust denier David Irving unsuccessfully sued her for libel in 1996, a trial that served as the basis for the 2016 film “Denial.”

Mr. Sinardet said Mr. Louis’s election to Parliament in 2010 was “an accident” caused in part by the complexity of Belgium’s byzantine political system, which divides power between the country’s French- and Dutch-speaking communities.

Mr. Louis joined and left or was expelled from several parties during his time in Parliament, often because of his “borderline racist declarations,” Mr. Sinardet said.

Among them was a 2014 speech in defense of Dieudonné M’Bala M’Bala, a French comedian who has been tried repeatedly for anti-Semitic statements. He also created the quenelle, a hand gesture that resembles a Nazi salute.

In the speech, Mr. Louis said Zionism was “worse” than Nazism and falsely claimed that the Talmud compared non-Jews to monkeys and that it “authorizes” Jews to rape non-Jewish children, according to a video of the speech posted to YouTube. Defending Mr. Dieudonné, he said the Holocaust was “one of the only historical facts that cannot be called into question.”

At trial in 2015, online statements Mr. Louis made in support of the French far-right politician Jean-Marie Le Pen were found to have violated a law against the minimization, justification or approval of the Holocaust.

“To summarize, I have invited the people who follow me to ask about Jean-Marie Le Pen’s condemnation of his remarks with regard to the gas chambers, which he considered to be a ‘detail’ of the Second World War,” Mr. Louis wrote in an email on Wednesday night. He said he had never denied the existence of the Holocaust, “but I have questioned the essential role of the gas chambers in this extermination and this questioning is prohibited by Belgian law.”

Ms. Lipstadt said that defense was common among Holocaust deniers and others on the far right who “market” their beliefs by posing as reasonable people who are simply asking hard questions.

“You could have someone who says, ‘Look I know the Holocaust happened, I don’t believe in that, but I think maybe it wasn’t as bad, maybe it was exaggerated,’” she said. And she worried that Mr. Louis could use his sentence to make more inflammatory claims.

“When he said, ‘The court has recognized my talents as a writer?’ Give me a break,” she said. “Can he write, ‘Well, I went and I didn’t see anybody being killed’ or, ‘These gas chambers were incapable of killing someone?’”

What was the nature of his Holocaust Denial? Some statements indicting him make it seem as if he does believe in the Holocaust but blames Jews for "financing" it. Statements by Mr. Laurent:

2013: "Look at how Zionists financed Hitler and created the Second World War in order to further their project, the foundation of the State of Israel ... There it is, that's how Zionists have become the masters of the world."[18]

2014: "this Holocaust produced and financed, let us remember, by the founders of Zionism."

The window has been opened; the breeze is blowing...
Top

"When I decided last September to take a well-deserved vacation, I thought, what better destination than Europe. After all, as a Revisionist I'd always felt it my duty to see the concentration camps in person. My girl-friend, though, said that she'd like to go to Europe to visit Euro-Disney, the new Disneyland theme park in France. So I thought for a while about where to go: Auschwitz or Euro-Disney. And as I looked around, and saw the miserable state of the world and this country, the political and social malaise and depression, I realized that if I did take a vacation, I wanted to go to a place as far away from reality as possible: a fantasy land of wondrous fairy tales. So, of course, I chose Auschwitz"
Maybe, just maybe, they believe what they are telling you about the 'holocaust', but maybe, just maybe, their contempt for your intelligence and your character is beyond anything you could ever have imagined. -- Bradley Smith
Top

Holocaust Denier’s Sentence: Visit 5 Ex-Nazi Camps, and Write About It

Can't wait to see what he writes.

Sad when you have a government in a "free" country dictating to people what to think. There is clearly no freedom of thought or conscience in these places, they're baby totalitarian dictatorships.
Top
Post Reply
5 posts • Page 1 of 1