Scarlett Johansson learns of family Holocaust tragedy
In forthcoming episode of 'Finding Your Roots,' US Jewish actress tearfully finds out her great uncle and his family perished in the Warsaw Ghetto [Times of Israel] / October 28, 2017

In the forthcoming episode of the PBS series “Finding Your Roots,” American Jewish actress Scarlett Johansson discovers the tragic fate of her relatives who died in the Holocaust.

Johansson is overcome by emotion when she learns for the first time that her great uncle died in the Warsaw Ghetto during the Nazi occupation of Poland. “I mean, you really couldn’t imagine the horror. It’s just so crazy to imagine,” she says tearfully in a trailer for the episode obtained by People magazine.

Johansson’s grandfather left Poland for the United States, where he worked as a grocer in New York. The PBS show used documentation from Yad Vashem to determine that his brother and family died in the ghetto. “Wow, that’s sad,” she says, visibly overcome with emotion. “And I promised myself I wouldn’t cry. But it’s hard not to.”

“It’s crazy to imagine that Saul would be on the other side selling bananas on Ludlow Street. And how different it would be being in America at that time,” the 32-year-old actress says. “The fate of one brother versus the other.”

Johansson’s episode is to air on Tuesday, October 31, on PBS.

Scarlett Johansson (b. 1984)'s father is from Denmark and her mother, a Melanie Sloan from New York, is descended from Ostjuden from Belarus and eastern Poland. Scarlett is twice married and twice divorced as of 2017; she has one child (b. 2014; the baby's father is her French then-husband). "She has described herself as Jewish." Her first big movie breaks came in "Matchpoint" (filmed in 2004), directed by Woody Allen, Jewish and "The Island" (2005), directed by Michael Bay, also Jewish. She has starred in at least one film produced by serial sexual attacker and Holocaust-enforcer Harvey Weinstein (also Jewish).

Scarlett Johansson is one of the elect: Not only Jewish (by self-identity, and also so called by the Times of Israel, despite fully 50% Northern-European Christian blood), but with a bonafide third-degree family connection to several of the Sacred Six Million... Miss Johansson is soon hitting her mid-thirties; can she count on her status as a Third Generation Holocaust Victim to keep her acting fortunes high?
The wind is blowing

This series is fast becoming a jewish history and holocaust education/guilt trip. In the UK the series is called 'Who do you think you are?' and very often we have jewish actors etc tracing their roots and finding 'holocaust horrors' which start all manner of histrionics worthy of an Oscar nomination. I wrote recently about Ruby wax on the programme and how she made assumptions and then reacted to them concerning family members who disappeared in the holocaust.
'Of the four million Jews under Nazi control in WW2, six million died and alas only five million survived.'

Of course Me Too Johannson, nor any of the so called "$urvivors", have a shred of proof.

Notice that "Documention from Yad Vashem" is not explained. IOW, they are hiding the act that there is no real "documentation", just the notorious Zionist shysters at Yad Vashem making it up. It's really that simple, more empty bluff.

The underpinning for all this fake drama from the likes of Johannson is that they get stuff, they are rewarded, big time.
Polical power, preferrential treatment, money, and continued favor with supremacist Jewry.

This is truly a disease in The West, fake victim status. Waaay too much Oprah. Cry on cue, like, well, an actor.

In lieu of the obvious proclivity of Jews for sexual crimes* that is being exposed of late, we can expect a lot of 'holocau$t' propaganda being thrown up as an intended distraction. 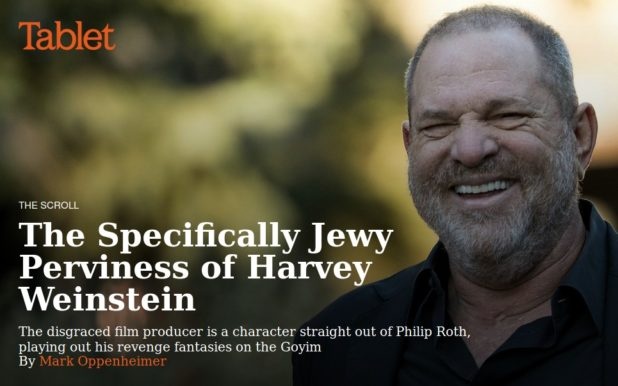 Hillary to Harvey: you're making it hard to talk about GOP's 'war on women' 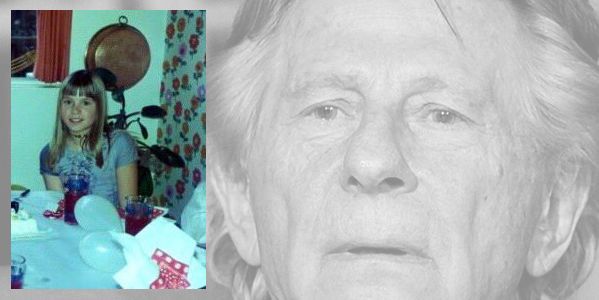 borjastick wrote:I wrote recently about Ruby wax on the programme and how she made assumptions and then reacted to them concerning family members who disappeared in the holocaust.

I have never seen it, but apparently they have profiled around 130 celebrities ancestry since 2004, one per episode. I wonder if they treat the stories of gentile celebrities, who may also have distant relatives who died or presumably died tragically at some place or time, in the same way they treat Jews' stories.

p.s., I have replied to your Ruby Wax thread here.
The wind is blowing

The Jews have to constantly remind the masses of the holocaust because if they don't the masses will probably stop caring about it. We know the Jews need the sympathy of the masses to dominate.
Top

"her great uncle died in the Warsaw Ghetto"
So now Warsaw Ghetto = Holocaust?
And the cause death? Shot? Gassed?
Heart attack? Natural causes?
Carol Stulberg: Were you ever in the gas chamber? Did you see the gas chamber?
Morris Venezia: Of course I was every day over there.
Carol Stulberg: Can you describe to us what it looked like?
Morris Venezia: It’s nothing to describe
Top
Post Reply
6 posts • Page 1 of 1