Well, well, well, the slippage is continues. Congratulations to all.
They even use one of their typically faked photos.
We would really like to know why Jews think that they & only they get to define the meaning of words whose definitions allow them to hold the rest of the world hostage and make huge sums of money doing it. Naturally we see no mention of the "hatred" & "bigotry" of Israel mentioned anywhere.
B.

Survey: One in 20 UK Adults Do Not Believe Holocaust Happened
https://www.breitbart.com/middle-east/2 ... -happened/ 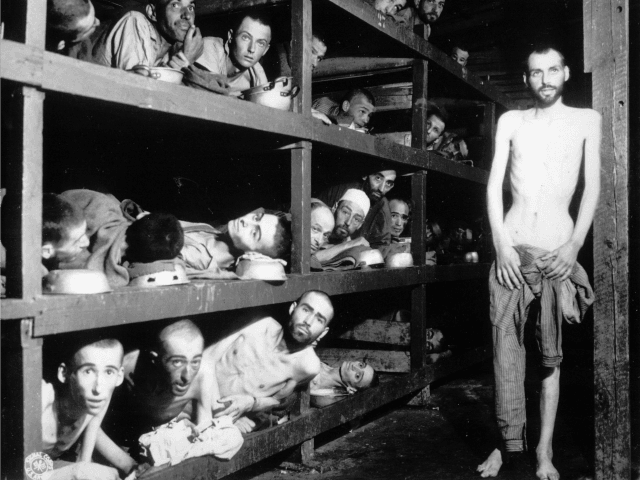 One in 20 UK adults do not believe the Holocaust took place, a survey reveals, while one in 12 believes the scale has been exaggerated.

Almost two-thirds of respondents (64 percent) either could not say how many Jews were murdered or “grossly” under-estimated the number, a survey of more than 2,000 people by the Holocaust Memorial Day Trust (HMDT) found.

Five percent fell into the “Holocaust denial” category, while eight percent said it had been exaggerated, the survey reveals. At least six million Jews died.

“Such widespread ignorance and even denial is shocking,” said HMDT chief executive Olivia Marks-Woldman. “Without a basic understanding of this recent history, we are in danger of failing to learn where a lack of respect for difference and hostility to others can ultimately lead… We cannot be complacent.”

On Sunday, hundreds of thousands of people, including survivors, politicians and members of the public, will gather to mark Holocaust Memorial Day and remember its six million Jewish victims.

More than 11,000 activities are expected to take place, while ceremonies will be held in London, Scotland, Wales and Northern Ireland across the day.

UK Communities Secretary James Brokenshire, who will be speaking at Sunday’s event, said: “It remains essential now as ever to remember the Holocaust, to understand why it happened and to learn the stark lessons it gives.

“We must never forget where hatred and bigotry can lead.”

He added: “This Government is clear that anti-Semitism has no place in our society and we all have a role to play in confronting hatred and extremism whenever and wherever it occurs.”

Revisionists are just the messengers, the impossibility of the "Holocaust" narrative is the message.
Top

The same thing is going on in France, America, elsewhere in Europe:


The Jewish ADL has some figures on this:

And also, from today:

Far-right activity on university campuses is rising and Holocaust denial is becoming more prevalent among the younger generation, experts say.

As the number of Holocaust survivors continues to decline, and their first-hand testimonies will no longer be heard, the situation is likely to get worse, anti-racist researchers have warned.

Holocaust denial leaflets and posters, as well as antisemitic graffiti including swastikas, have emerged on campuses across the UK in recent years as more far-right activists target students.

More and more people are waking up to the fact that the holocaust is a hoax. That is a very good development, and racist jews are worried because they know people don't like being lied to, and will start asking more inconvenient questions after they realize the holocaust is a hoax, such as "what is the purpose of this lie?"
"There is a principal which is a bar against all information, which is proof against all arguments, and which cannot fail to keep a man in everlasting ignorance -- that principal is contempt prior to investigation."
-- Herbert Spencer
Top

Holocaust denial leaflets and posters, as well as antisemitic graffiti including swastikas, have emerged on campuses across the UK in recent years as more far-right activists target students.

Kudos to those engaging in free speech by distributing Revisionist leaflets & poster's.
But gee, I wonder who is putting the "anti-semitic" graffiti & swastikas up?

No human remains of millions in allegedly known locations, no 'holocaust'.
If it can't happen as alleged, then it didn't.
Top
Post Reply
3 posts • Page 1 of 1