Well worth a read on this fun filled Friday is this little spat currently doing the rounds in UK media.
https://www.dailymail.co.uk/news/articl ... ciety.html

Basically in University of Essex, UK, a group of jewish students applied to the powers that control such matters, to start a Jewish Society within the University. As per the rules it was put to a vote and voted DOWN!

Then the critique started and lo a Uni Professor, one Dr Maaruf Alli, was highlighted as behind the anti movement and was unmasked as a holocaust denier having made a number of internet comments about the veracity of the holocaust claims including this one - 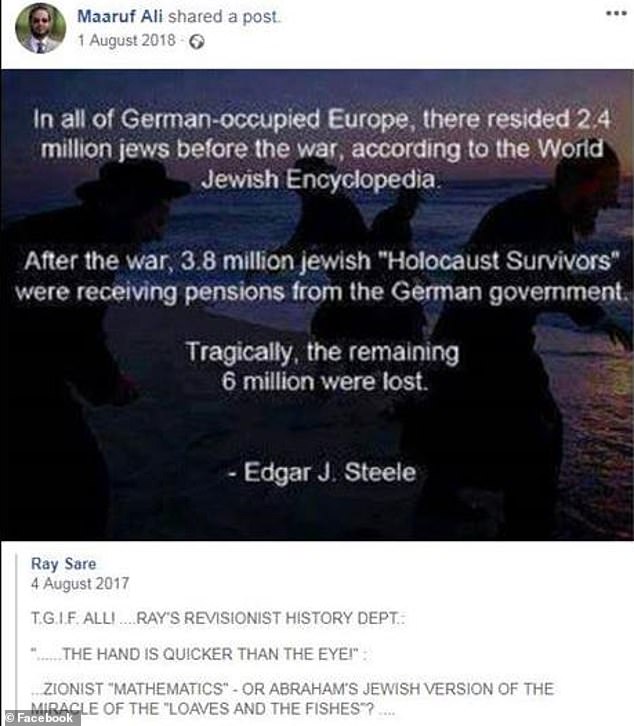 I have been asked a number of times about the origins of my own sign off and now I know ; 'Of the four million Jews under Nazi control in WW2, six million died and alas only five million survived.' is just a derivation or update of the above comment made by one Edgar J Steele who it seems was an American author and attorney.

The issue of a jewish society within a British University shouldn't really cause too many feathers to be ruffled except that if they feel they can then further zionist politics and anti Palestinian fervor it could be a problem. I saw a documentary about British jews going to uni and it showed quite clearly that on the first day get together all British jews are carefully watched and managed by Rabbis who come along and tell them not to join this that and the other group or society.
'Of the four million Jews under Nazi control in WW2, six million died and alas only five million survived.'