Russia Insider -- Tales from the Holohoax

Russia Insider -- Tales from the Holohoax

Holocaust Revisionism gets some good advertisement on Russia Insider. 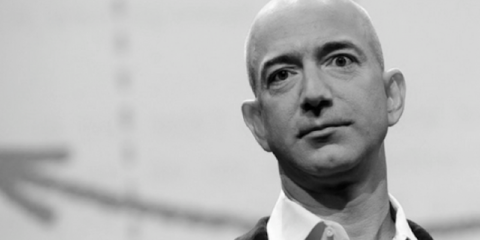 Amazon Banned These 9 Academic Books Questioning Certain Aspects of the 'Holocaust'. Why?

This doesn't look like extremist hate speech to us. Judging from these blurbs and titles, it looks like pretty balanced and fair discussion of a very serious, and vehemently disputed, allegation.

The first one in the list below even presents both sides of the argument in an attempt to get to the bottom of who is telling the truth.

Why are some people so afraid of a fair and open discussion?

These books were banned from Amazon in March of 2017, but are easily available online at other sellers. Take a look at the blurbs describing these books. They are an eye-opener. Mainstream historians insist that there cannot be, may not be a debate about the Holocaust. But ignoring it does not make this controversy go away. Traditional scholars admit that there was neither a budget, a plan, nor an order for the Holocaust; that the key camps have all but vanished, and so have any human remains; that material and unequivocal documentary evidence is absent; and that there are serious problems with survivor testimonies. Dalton juxtaposes the traditional Holocaust narrative with revisionist challenges and then analyzes the mainstream’s responses to them. He reveals the weaknesses of both sides, while declaring revisionism the winner of the current state of the debate. 3rd edition.

An overview of the many rumors, myths and lies about Auschwitz spread during and right after the war, which mainstream historians today reject as untrue: murder by gas bombs, electrocution chambers, gas showers, pneumatic hammer systems, electrocution conveyor belts; oils, grease and soap made of murder victims; 4 million victims; crematoria with a capacity of up to 400 million bodies… It then explains by which ridiculous methods some claims about Auschwitz were accepted as true and turned into “history,” although they are just as untrue.


And more.....
Maybe, just maybe, they believe what they are telling you about the 'holocaust', but maybe, just maybe, their contempt for your intelligence and your character is beyond anything you could ever have imagined. -- Bradley Smith
Top
Post Reply
1 post • Page 1 of 1