If you have ever debated the topic of IQ, specifically racial/ethnic IQ difference, and argue that there is a hereditary component to the difference, you will eventually be labelled a "Nazi" or "neo-Nazi" -- but does this make sense?

Well I guess in the minds of those thoroughly indoctrinated into the "Holy H." religion:
"The Nazis were the most evil racists that ever lived, and used all sorts of racist psuedoscience to 'prove' that blond haired blue eyed Germans were a superior master race and to justify exterminating everyone else (who they called inferior) and dominating the world so everyone had to speak German..."

That should seem ridiculous to you, but it's really how a lot of people think and it's why they will think "Nazi" when you bring up heritability of IQ. They're trying to characterize it as a dangerous belief which ultimately leads to mass murder of "inferior" (lower scoring) races. But if you actually do the research, it becomes clear that Germans in the Third Reich did not put much stock into IQ testing. Rather, it was the people that invaded and conquered Germany (namely, Americans) that popularized research on race differences in IQ and the influence of genes on cognitive abilities.

According to page 16 of Hans Eysenck's book "The Structure and Measurement of Intelligence" he claims that:

Stalin, as already noted, rejected and banned intelligence testing as being "bourgeois," and Hitler did the same because it was "Jewish."

However, no source is cited in the book. A post on a psychology blog, featuring a discussion with psychologist "Volkmar Weiss," claims that there is no documentation confirming a formal Nazi ban against IQ tests. It also claims that Hitler was probably aware of research suggesting a high Jewish IQ score but the tests were generally looked at with disdain by the National Socialists. See:

It was in America, not Nazi Germany, where huge numbers of standardized IQ tests were given to Blacks and White recruits during World War 1, that the subject of racial differences in average IQ became an important topic of discussion. At one point in time in the US state of North Carolina, people with IQ scores below 70 were even sterilized (source: https://archive.is/iMPWy#selection-7257.0-7257.75)

Here is an excerpt from an article explaining the Third Reich's view on heredity and cognitive ability:

The Nazis also believed much of the Jewish-Gentile difference to be the result of environments, not genes. The Nazis were typological thinkers when it came to anthropology, but types were often the result of the environment (certain types of education, they believed, would make Germans more like Jews). In Adolf Hitler’s Mein Kampf, he mentions a blackguarding type bearing an indelible blemish from his cramped home environment. Hitler believed that by improvement of German rearing environments, these blackguards could be precluded from existing, without a single shot being fired. Similarly, the Nazis believed that Jewish children could be re-educated away from their Jewishness. Heredity was secondary for the Nazis. Lothrop Stoddard’s trip to the Nazi eugenics courts in Into the Darkness is an almost farcical illustration of this fact. Many young Jewish children were forcefully adopted into German families out of the Nazi belief in the impotence of heredity and the fluidity of the mind.

Conflating what are actually traditional American views on race and intellectual ability with "Nazism" was something that started after World War II, with George Lincoln Rockwell and the American Nazi Party. It is a well known communist tactic, as quoted in this thread: viewtopic.php?t=6450

Here's a section of an article entitled "The Alt Right and Nazism" showing that associating "Race Realism" with the Third Reich is totally absurd:

Of all the things Nazi Germany has come to be erroneously associated with, none is more absurd than racial science. Nazi Germany stands out as being unusually opposed to empirical, naturalistic, racial science, at a time when many Western nations were in favor of it.

In the late 19th and early 20th century, the evolutionary and racial thinking which took hold in Germany had a metaphysical and anti-positivist bent. I don’t know that there is a systematic way of demonstrating this, so what I have elected to do is briefly point to a few thinkers who I believe exemplify this trend.

Arthur de Gobineau (1816-1882) was an important racial thinker who seems to have been an important source of the Nazi’s conviction that the rise and fall of civilizations was largely a function of the degradation of the genetic quality of populations. Gobineau spent a great deal of time justifying this belief but did not rely on empirical evidence to do so. Gobineau was part of a romantic intellectual tradition and opposed the application of scientific methodology in the humanities.

Ernst Haeckel (1834 – 1919) popularized evolutionary theory in the German speaking world. Haeckel was a great biologist, but he was also famously not held down by the facts. He would speculative about all manner of things, ranging from cell chemistry that was not yet observable to species which no one knew of but which he thought would someday be discovered. Moreover, he had a tendency to blend science with metaphysics and regarded evolution as an all encompassing theory which could explain all of nature rather than just biology.

Houston Stewart Chamberlain (1855 – 1927) was another key thinker in the development of Nazi racial thought. Born British, he would eventually become a naturalized German citizen and a German supremacist, marry Wagner’s daughter, have his birthday celebrated as a holiday in Germany, and become an early member of the Nazi party.

Chamberlain was an important proponent of the idea that civilizational success was largely a function of the degree to which a civilization was managed by Aryans, and that the degradation of Aryan bloodlines and, therefore, civilizations, was often the fault of Jews.

Chamberlain was also an advocate of a “moral” definition of race whereby he labeled Jesus, Shakspere, and Dante, among others, “Germans”. Chamberlain was radically anti-positivist and regarded over reliance on science to be one of the greatest problems with the thinking of his time.

It is worth noting that the German and non-German speaking world had increasingly divergent schoolf of thought following the First World War. This was evident when, for instance, Germans were barred from attending the Second International Eugenics Congress of 1921 (an event which was attended by Winston Churchill and Herbert Hoover). In the 1930s, population geneticists in America helped form organizations which denounced Nazi uses and understandings of racial science.

An especially clear area of difference between the Germany and the Anglo world concerns IQ testing. The most important people in the early development of intelligence testing were probably Franci Galton (British), Charles Spearman (British), Alfred Binet (French) and Lewis Terman (American). By the first world war, the American military was mass administering IQ tests. By the second world war, IQ testing was being utilized in schools in America, England, and France.

By contrast, the Nazis did not trust IQ testing. Hans Eysenck, a psychologist who grew up in Nazi Germany, recalls that psychometrically valid intelligence tests were banned under the Third Reich. On page 16 of his 1979 book The structure & measurement of intelligence he wrote: “Stalin, as already noted, banned intelligence testing for being “bourgeois”, and Hitler did the same because it was “Jewish”.

Some people will be surprised to hear this, as it is often said that the Nazi used IQ tests to determining who to sterilize as part of the eugenics program. Nickolas Mackintosh clears this up on page 20 of his test book IQ and Human Intelligence:

“German doctors did indeed cobble together a few questions, “Who was Bismark?”, “Who discovered America?”, which they could put to those suspected of mental disability, but they regarded the results of such tests with scepticism – especially when it was found that they failed to discriminate between normal and backward children in East Prussia, and that far too many members of the Nazi party were unable to give the correct answers (Burleigh, 2000)… Doctors were more likely to rely on their impressions of the victim’s behavior at the interview, and their interest in moral feeble-mindedness resulted in many of these questions being superseded by ones asking why people pray, or why you should tell the truth”.

Eugenics is also commonly associated with Nazi Germany. Eugenics as a term was coined by Francis Galton (British). The related school of thought called Social Darwinism was headed by Herbert Spencer (British). Eugenics programs were set up in the United States before the Nazi state even existed. In-between the two World Wars, the most important Eugenicist thinker was Madison Grant, an American whose work Hitler referred to as his bible. Eugenics was an idea that the Nazis embraced, but it was not one they thought of. Rather, it was a set of ideas they adopted from the English speaking world. Given this, the idea that English speaking people have rejected eugenics in part because of its association with Nazism should be seen as nothing but the work of rank propaganda...

To be clear, I am not suggesting that the Nazis had no interest in science, or that Germans contributed nothing of value to racial thought. Rather, what I am trying to point out is that there was an anti-empiricist streak in German racial thought, and a disregard for serious psychological testing, which made it less similar to contemporary race realism than was the popular thought in many other nations of the time. At the same time, ideas that the Nazi regime did embrace, such as Eugenics, were not native to Germany or the Nazis. Given this, identifying race realism and eugenics with the Nazi regime is totally invalid.


That's a lot of information, but to summarize it concisely: If someone accuses you of promoting "Nazi ideas" for arguing in favor of a hereditary basis for cognitive differences between racial groups, they're simply historically illiterate.

Were Americans more anti-Semitic than anti-German during WWII?
viewtopic.php?t=12464

Judaism is Racism!
viewtopic.php?t=8387
"There is a principal which is a bar against all information, which is proof against all arguments, and which cannot fail to keep a man in everlasting ignorance -- that principal is contempt prior to investigation."
-- Herbert Spencer
Top


This guy claims Nazis sterilized 200,000 people based on IQ and murdered some untold number based on it. But is that true?

- Who was Bismark?
- What does Christmas signify?
- How much do 300 Reichsmarks grow at 3% over 3 years?
- Form sentence: Soldier-war-fatherland

Does not seem like an IQ test. Perhaps he is fraudulently equating some other test with "IQ" test.

His book is called 'IQ: A Smart History of a Failed Idea' I may have to look into this claim more to see what he has there. Book is here:

IQ: A Smart History of a Failed Idea
https://archive.is/KzQpn or http://web.archive.org/web/201908142327 ... g/wxeeP1Vt
"There is a principal which is a bar against all information, which is proof against all arguments, and which cannot fail to keep a man in everlasting ignorance -- that principal is contempt prior to investigation."
-- Herbert Spencer
Top


This guy claims Nazis sterilized 200,000 people based on IQ and murdered some untold number based on it. But is that true? 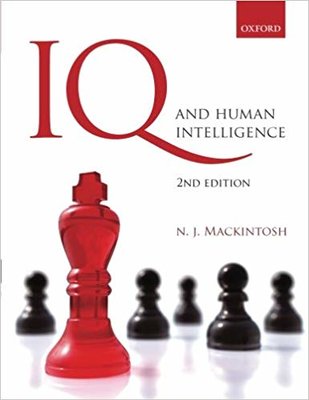 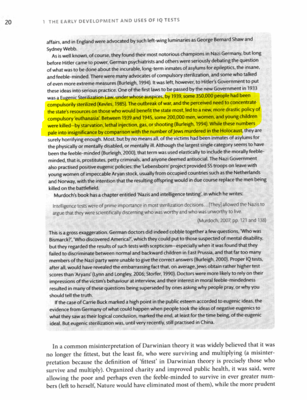 More Holocaust nonsense, as per usual. . .
Now what does it mean for the independent expert witness Van Pelt? In his eyes he had two possibilities. Either to confirm the Holocaust story, or to go insane. - Germar Rudolf, 13th IHR Conference
Top
Post Reply
3 posts • Page 1 of 1