Amazon has removed an assortment of clothes sold on its UK site emblazoned with a notorious Holocaust photo in which a Jew in Ukraine is kneeling in front of a mass grave as a Nazi officer points a gun to his head, moments before shooting him, Channel 12 news reported on Saturday.

The retail giant took down the items plastered with the photo, known as “The Last Jew in Vinnitsa,” after it was contacted by the Israeli TV network.

The items included a hoodie, a t-shirt and a sweater pullover in various colors, all with the same Holocaust picture on them.

In the description of the items, the sellers from “Harma Art” wrote, “Choose from our great collection of authentic designs and stand out from the crowd!”

This was not the first time items charged to be anti-Semitic were sold on Amazon’s site.

Just last month, the Central Council of Jews in Germany denounced the online retail giant for allowing the sale of anti-Semitic books and pro-Nazi merchandise, calling for the practice to immediately stop.

In March 2017, Amazon UK removed three books that denied the Holocaust after requests from Yad Vashem and a UK Jewish group.

The four titles were: “Holocaust: The Greatest Lie Ever Told,” by Eleanor Wittakers; “The Hoax of the Twentieth Century: The Case Against the Presumed Extermination of European Jewry,” by Arthur R. Butz and “Did Six Million Really Die?” by Richard Harwood.

On Wednesday, Amazon launched a new webpage in Hebrew aimed at recruiting local sellers, as it expands its Israeli operations.

This was the photo. 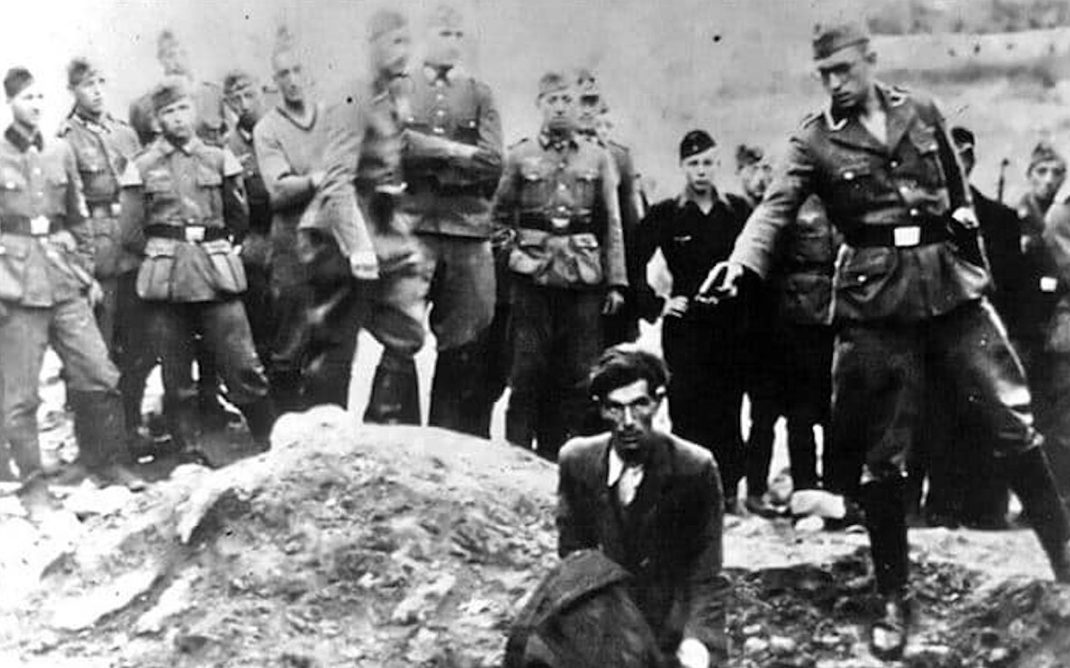 This shirt further guilts gentile whites with the holocaust, and removing it counters the guilt. It's weird that Amazon is doing that however. And I do oppose censorship.

The photo is dubious at best. Why are they photographing their war crimes, assuming this photo is real? It makes no sense.
If your beliefs cannot stand up to your own sincere scrutiny and skeptical evaluation, they are not worth having.

Why would anyone want to wear such a goofy shirt? And yes, the photo is bogus 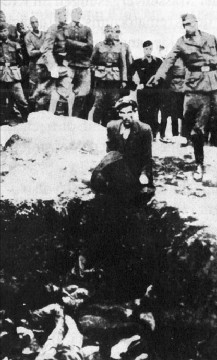 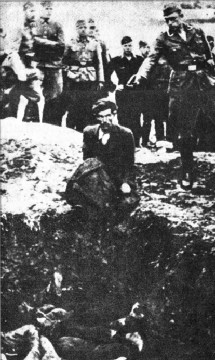 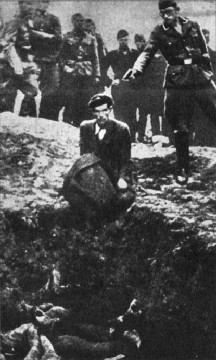 Do Photographs Prove the NS Extermination of the Jews?
http://www.vho.org/GB/Books/dth/fndgcffor.html
"There is a principal which is a bar against all information, which is proof against all arguments, and which cannot fail to keep a man in everlasting ignorance -- that principal is contempt prior to investigation."
-- Herbert Spencer
Top

Apart from virtue signalling Amazing Amazon draw more attention to the holocaust and the laughing stock that it is by doing this type of thing. Who on earth would buy and wear such an item anyway?
'Of the four million Jews under Nazi control in WW2, six million died and alas only five million survived.'