On one of the aerial photographs of Auschwitz (Aug. 25, 1944), rows of marching inmates can be seen. These rows show strange zigzag patterns, claimed by John Ball as proof that they have been drawn in.

In their book ‘Denying History. Who says the holocaust never happened and why do they say it?” (University of California Press 2000), Michael Shermer and Alex Grobman state:

“The zigzag is produced by a ‘moiré effect’ - the sizes of the head in this particular photograph are about the size of the grains in the emulsion of the film, generating an ‘interference’ pattern” (p.147).

In order to obtain a Moiré pattern, two periodic patterns are needed. For instance, see
http://www.mathematik.com/Moire/
where two sets of concentric circles build up an interference pattern.

Rows of heads of orderly marching inmates could account for one of the two periodic patterns that are needed in order to get a Moiré effect. But the grains in the emulsion of the film are distributed in a completely random way. These grains could never contribute to the production of a Moiré pattern, because their distribution does not show any periodicity or structure.

Sometimes, Moiré patterns can be seen in photographs that were rastered in order to obtain clearer printing. But of course, the original negatives were not rastered at all.

Perhaps I am overlooking something. Comments are welcome.
Top

This may help.
- Hannover

Illustration 11 (Exposure 3185): Allegedly a marching column of inmates on their way to the gas chamber (below). 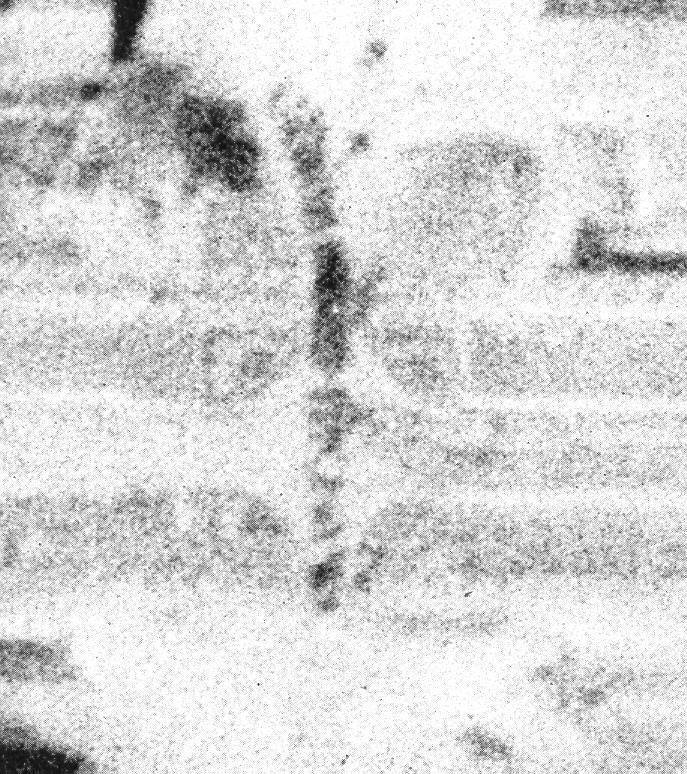 Illustration 12 (Exposure 3186): 3.5 seconds later. Now the inmates in the middle of the column are marching in a zigzag (below). 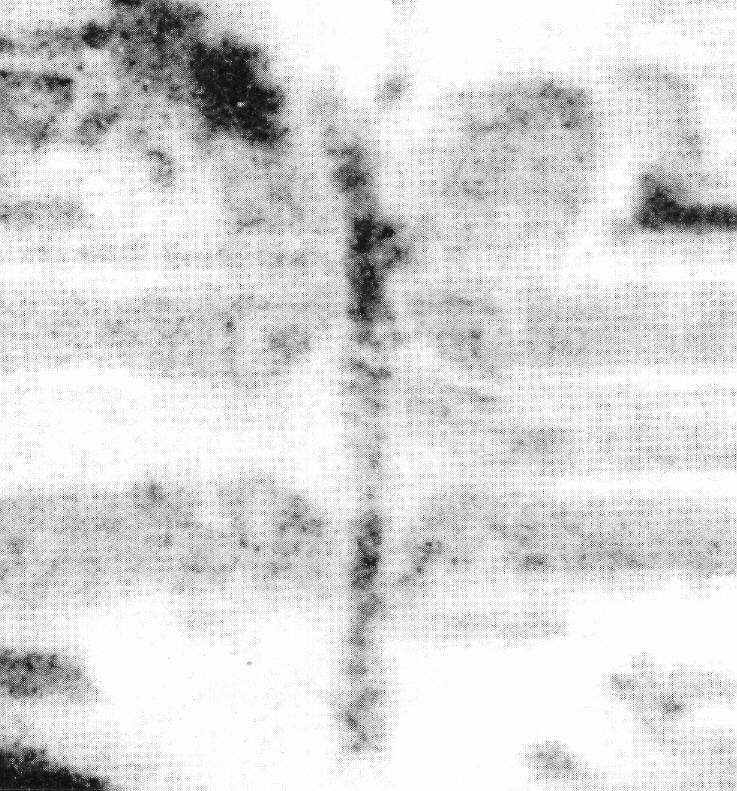 Illustration 13: The zigzag line drawn by the photo retoucher is clearly visible: another proof that the photo was falsified (below). 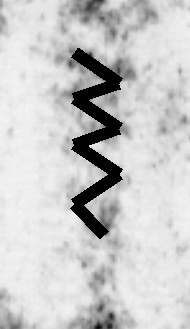 Again, what resolution did the original negatives have?
Sorry for my ignorance...
Top

I have read in a recent article that, what experts got during WW2,
were only contact prints on photographic paper that needed a x4 magnifier glass or more
to give any results in evaluation.However the true negatives could stand up to x35 photo magnification.
Is this true?
If true, what about us getting the original negatives of the photographs
covering the camps in polish ground?

I mean us getting the original negatives..
Laugh!!!
Top

Kobus brings up something Shermer had tried to use as an explanation for zig zag lines. The Moire' effect.

Then Kobus comments and asks:
Perhaps I am overlooking something. Comments are welcome.

What would a Shermer know? He identified a clump of trees in a May 1944 photo as "Prisoners on their way to gas chamber" boxing in the image. But then again the same image is in a photo taken in June !944 showing the exact same images. Thus, either the images are of trees associated with the adjacent copse of trees or the "prisoners" were standing in the same place for a month. You can't get caught with your pants down any more than that. Shermer fumbled dearly by not availing of a fundemental procedure for interpreting aerial recon shots, comparing photos taken at two different times.
Top
Post Reply
6 posts • Page 1 of 1