This is rich. The world's most privileged group just can't stop begging & whining. The lack of honor is appalling.

Problem was ‘dramatically overstated for political reasons’ by opponents, says former Labour leader...
Corbyn said in his statement: “One antisemite is one too many

The ultimate under statement.
And note that any criticism of Jews is forbidden while they certainly do not hesitate to criticize others, lie about the fake & impossible 'holocaust' while collecting billions in cash for it every year.

Key findings of the EHRC inquiry into Labour antisemitism 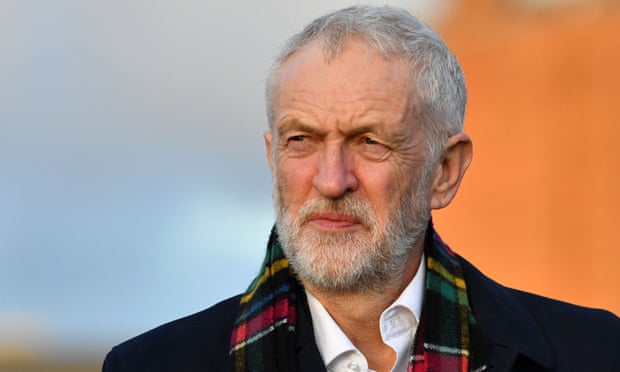 Jeremy Corbyn said it ‘took longer to deal with issues than it should’.

Jeremy Corbyn has rejected the overall conclusions of a report on antisemitism in Labour, saying the problem was “dramatically overstated for political reasons” by opponents and the media – a statement that sets him at odds with Keir Starmer.

In a Facebook post responding to the Equality and Human Rights Commission report, which found Labour responsible for unlawful acts of harassment and discrimination over antisemitism, the former Labour leader said he had been obstructed by party officials in trying to tackle the issue. However, he expressed regret that “it took longer to deliver that change than it should”.

The report does not lay blame directly with Corbyn but the EHRC’s lead investigator, Alasdair Henderson, said the failure of leadership must ultimately stop with him.

“As the leader of the party at the time, and given the extent of the failings we found in the political interference within the leader of the opposition’s office, Jeremy Corbyn is ultimately accountable and responsible for what happened at that time,” Henderson said.

Corbyn’s argument that the problem was exaggerated for factional reasons places him on a potential collision path with Starmer, who said in his response to the report that those who made such arguments were “part of the problem”.

Asked about Corbyn’s response to the report, Starmer told reporters he would “look carefully” at his predecessor’s comments.

Corbyn said in his statement: “One antisemite is one too many, but the scale of the problem was also dramatically overstated for political reasons by our opponents inside and outside the party, as well as by much of the media.

“That combination hurt Jewish people and must never be repeated. My sincere hope is that relations with Jewish communities can be rebuilt and those fears overcome. While I do not accept all of its findings, I trust its recommendations will be swiftly implemented to help move on from this period.”

The EHRC launched its inquiry after complaints about antisemitism within Labour during Corbyn’s time as leader. The report cites “serious failings in the Labour party leadership in addressing antisemitism and an inadequate process for handling antisemitism complaints”.

Corbyn said that when he took over as Labour leader in 2015, “the party’s processes for handling complaints were not fit for purpose”. He added: “Reform was then stalled by an obstructive party bureaucracy.”

Corbyn argued that from 2018 the party’s new general secretary, Jennie Formby, and his officials “made substantial improvements, making it much easier and swifter to remove antisemites. My team acted to speed up, not hinder the process.”
Jewish Labour councillors who led EHRC antisemitism process tell of mental toll

He said: “Anyone claiming there is no antisemitism in the Labour party is wrong. Of course there is, as there is throughout society, and sometimes it is voiced by people who think of themselves as on the left. Jewish members of our party and the wider community were right to expect us to deal with it, and I regret that it took longer to deliver that change than it should.”

In a separate response, Formby also said the party had sought to speed up the process of dealing with complaints about antisemitism, while accepting mistakes.

“Under Jeremy Corbyn’s initiative, we brought reforms to conference which were passed by Labour members and affiliates that enabled rapid expulsions,” she said. “Mistakes were made along the way, and of course I wish we could have made the reforms more quickly, although some of them required rule changes which are necessarily slow.

“But the record shows that as a result of the changes we made, Labour’s previously unfit processes were transformed, becoming more rapid, robust and more independent than any other political party.”

Calling on Starmer to implement the EHRC’s recommendations, she said: “I hope that this continued work can rebuild relations with the Jewish community and mend the hurt and pain that has been caused.

Note that the investigating committee was largely (perhaps totally) made up of Jews. A bit like the Nuremberg show trials. What other result could they find but to say Corbyn basically hates jews. Well I don't like him one bit but I also don't think he hates jews. He certainly dislikes israel, and who can blame him for that?

He seemed to get on well with jews who were on the side of non zionism and those who hate the general behaviour of jews.

What's clear is Corbyn is history within the party and a free agent thus to say what he likes so it could be interesting to hear what he says over the coming months.
'Of the four million Jews under Nazi control in WW2, six million died and alas only five million survived.'

What is clear is that a tiny, hysterical group of shameless, obnoxious, belligerents were a significant factor in shaping the outcome of the past UK election. Kosher-pedia lists (((their))) representation in UK to LESS than 0.5%.
Think about that.
*Although I know Hannover will point out that their actual percentage is much higher - to what extent, I'm unsure but I would tend to agree with him.
Whatever the case, they would still represent a small % yet played an overtly disproportional role in the elections.

My commentary on Corbyn is not a statement of red tem vs blue team - or whether you like coca-cola or pepsi.

From the outrageous, unfounded claims to remove Corbyn from the leadership for non existent antisemitism, to then knife him while campaigning for the election ("left" & "right" media + the enemies from within the party who were literally devoted to sinking the party rather than winning with Corbyn as PM) to his removal from leadership. The (((hyena's))) still aren't happy, having replaced him for a reliable establishment lickspittle & shabbos goy (Starmer). Starmer's wife must be Jewish as his two kids are being brought up Jewish.
It's still not enough. They want Corbyn out of the party.
I cannot remember such a hysterical, vicious, 360degree, sustained, effort to politically assassinate someone with invented claims (aside from Trump).
It's easier to fool someone than to convince them that they have been fooled
Top

I'll go against the grain again. Now, I don't subscribe the the notion that Corbyn was fighting his corner in the last election/panto. I believe he was out to make Labour unelectable. The slavic Jew, 'Bojo' was earmarked for leadership when he made a 180 degree u-turn on his E.U. beliefs, overnight. Exactly the same manner as Corbyn (who it seems might be tribe as well) made a 180 degree u-turn on his E.U. beliefs, also overnight. All this after opposing the E.U. for nigh on FORTY YEARS. Corbyn not only allowed that zionist moron, Bojo to get elected, as was desired, but it consolidated Jewry's stranglehold on the Labour Party and allowed any genuine malcontents to be routed. As I write I've just read that the little Marxist, Corbyn has been allowed back into the Labour Party, Ahh, they must have all forgiven him and made up! Bloody charade the whole lot of it! Total distraction whilst they rip apart what's left of the west.

THEY ARE ALL WORKING TOGETHER!
Top
Post Reply
4 posts • Page 1 of 1