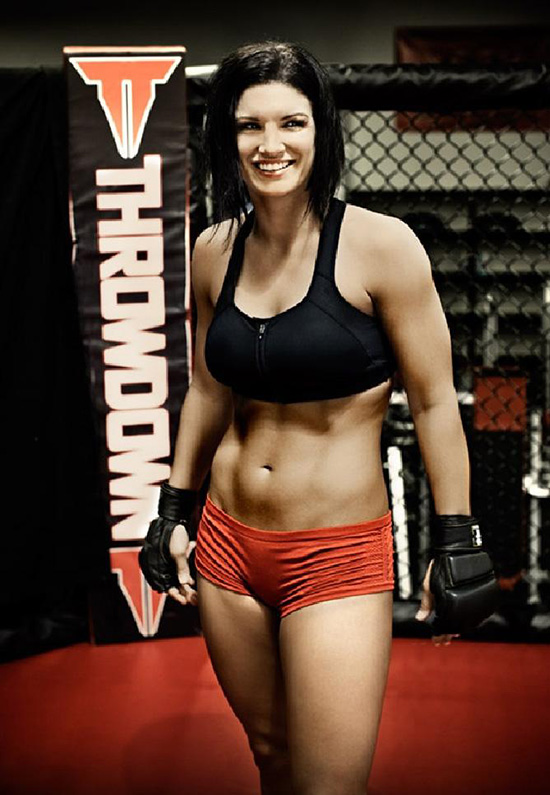 Gina Carano is a conservative American actress that plays a major role in the Star Wars TV show "The Mandalorian." She has already been attacked for making pro-Trump and anti-lockdown statements, with calls to fire her (a Twitter hashtag #FireGinaCarano was trending months ago).

Well, it finally happened. She broke the golden rule: You cannot compare anything to Jews during the "Holocaust" because we're all supposed to believe that what Jews experienced was the worst thing that ever happened in history to literally anyone. 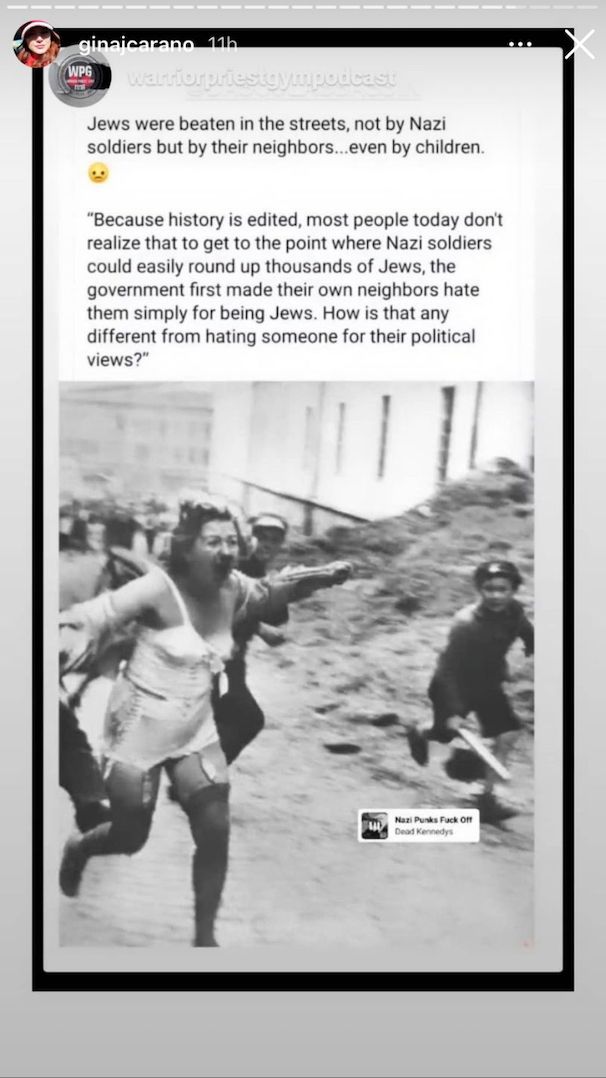 Social media users have sharpened their pitchforks after it was revealed that Lucasfilm axed ‘Mandalorian’ star Gina Carano. Conservatives claim she was wrongfully ‘canceled’ from the show due to her political beliefs.

No stranger to internet controversy, Carano shared a post from another user on her Instagram page on Wednesday which described how Jews were treated in Nazi Germany, as part of a broader commentary about political persecution.

The post caused a major meltdown on social media, with #FireGinaCarano quickly trending on Twitter. Hours later, Lucasfilm, which produces ‘The Mandalorian’, said in a statement that the actress would not be returning for the show’s third season. The studio condemned Carano’s “abhorrent and unacceptable” social media posts but did not elaborate on why it was parting ways with the star.

Social justice crusaders chalked up her firing as a victory, but the hasty decision to dump Carano may have backfired. Popular political commentator Dave Rubin reacted to the situation by announcing he would no longer subscribe to Disney+, the streaming service that broadcasts the Star Wars-based ‘Mandalorian’ series.

“We need to stop giving these people our money and we must build new franchises,” he wrote.

I wonder if this woman will double-down now and continue making "controversial" statements. What does she have to lose? She's tough. She first became famous for being an MMA fighter, and has since starred in movies and TV shows and worked as a fitness model. Her father was an NFL player and she is a millionaire. So it's not like she is in financial need, she could retire.
"There is a principle which is a bar against all information, which is proof against all arguments, and which cannot fail to keep a man in everlasting ignorance -- that principle is contempt prior to investigation."

As if I didn't already dislike The Walt Disney Company enough, they describe dumb political posts on social media as "abhorrent and unacceptable," and yet take no issue in its directors politically attacking their critics? Classy, Disney, classy.

While I'm not particularly upset by this, (after all, I only watched that terrible cash grab of a show to please my friends and Carano is clearly not a fellow revisionist) I must ask: at what point will the average Neocon start to finally question the Jewish monopoly on "suffering"?
"In all of mankind's conflicts involving deaths by chemical warfare, pesticides were the ideal weapon of choice" - said no chemist or historian ever.

That which we call "The News" seems increasingly divorced from some of eras past, when reporting was paramount, even when Reporting was "The News" itself. Now it seems to be all opinion or framing for a certain party-line. 'Narrative,' as the saying goes.

Here are the middle six lines of a 15-line story on this same story from NPR). I'll number the lines and comment on them below. The Narrative vs. Reporting ratio tilts heavily towards Narrative:

[1] "How is that any different from hating someone for their political views?" the post asked.

[2] In response, commenters said it was offensive to compare political divisions and rancor with the state-engineered systematic killing of millions of Jews and other people.

[3] Carano's Instagram posting was later deleted. But it sparked the hashtag #FireGinaCarano, which gained steam as people shared screenshots of the deleted message.

[4] Carano has been criticized for her posts before, including last fall, when she echoed President Donald Trump's false claims that the 2020 election was stolen.

[5] "We need to clean up the election process so we are not left feeling the way we do today," Carano said two days after the Nov. 3 vote.

[6] She has also posted comments and images about face masks that were seen as mocking an essential tool in combating a global pandemic. Carano later clarified that she respects anyone who requests that she wear a mask.

[1] First line: Reporting. They paste what she wrote.

[2] Second line: Narrative. They want to convey is that Gina Carano mocked Jews and "other people" who were victims of the Holocaust, which they helpfully as was a "state-engineered systematic killing of millions." This framing effectively cancels-out the previous line's Reporting.

[3] Third line: Mainly Reporting (post was deleted; social-media hashtag campaign began). Narrative portion here is framing as a righteous indignation "gaining steam" at someone mocking Jews and "other people" who died in the Holocaust. (They could just as well have framed as "a malicious troll storm against an actress for speaking out against political hatreds.")

[4] Fourth line: Narrative. They force-feed a narrative of "false claims that the 2020 election was stolen." This is not the job of a news story! It is the idea of an editorial, but those are supposed to be separate. Have we just given up on the idea of reporting?

[5] Fifth line: Reporting. They paste again what she wrote, which again doesn't exactly seem to be her ranting about a stolen election, just that she was angry at the slowness of counting and other problems. Readers have already been primed on what to think on the matter, though, largely canceling out her actual words.

[6] Sixth line: Narrative. Masks are simply declared by fiat "an essential tool in combating a global pandemic." Plenty of qualified experts dispute this. This kind of declaration is again what previous generations understood to be editorializing.

That's three strong Narrative lines that dominate the three Reporting lines, which are weak quotes from Gina Carano defanged of any power by being sandwiched with framing Narrative. Narrative totally dominates Reporting in this article.

On a related point, the Holocaust itself has long been Narrative and not reporting -- of course. I don't think there has been much reporting on Revisionists' efforts in typical Western "mainstream media" in the the past thirty years. Supposedly the first Zundel trial (1985) was reported fairly in mainly media outlets at the time. That's a long time ago. By the 1990s this was completely impossible. If there were soft spots in the hegemnic power of the Holocaust over all discourse still into the 1980s, they were gone by circa 1990. As for the 2020s and 2030s, if "the news" continues to be absolutely dominated by Narrative like this, I don't see how Revisionists can ever make progress in that venue.

This may sound like too obvious a point to make. I really worry about it because I sense other things are also being "Narrative'd into existence" in a course followed by the Holocaust. Harmful ideas can become hegemonic and beyond the possibility of open dispute for a person who wants to be invited to parties. This whole Masks business and the entire Lockdown philosophy. I believe it would fail badly in a climate of open inquiry. But if it is "Holocaust'ed in," or let's better say "Narrative'd in," what do we do?
The wind is blowing

US conservative-commentator and media figure Ben Shapiro has hired Gina Carano to make movies, simultaneously announcing he is starting an entertainment wing of his company.

Make of that what you will given that Shapiro is a pretty big Holocaust-pusher and major pro-Israel 'Zionist.'

"Vague expressions of upset over the Holocaust are no substitute for the hard-nosed defense of Jewish survival that Israel represents."