Thanks for the link. I did note the concluding statement on the bottom:

Hi antirev1956: I'll address your points: you're right in that I mixed up the owner of the dog between Kurt Franz and Franz Stangl. I saw later that someone corrected me, so I didn't go back and change my post.

I agree with Lubomyr's interpretation which you quoted from UKAR. In addition, don't you think it's a little miraculous that of the two people who escaped Sobibor (I may be wrong but I think Sobibor had two escapees only) that one of them (Dov Freiberg) got attacked by Barry? Also, don't you think it's a little odd that Yankel Wernik never mentioned the dog being a Saint Bernard and never mentioned it being big? I think it's pretty clear that there was a story going around the witnesses, but people didn't have the story straight. And I also think that the story-tellers lack of familiarity with dog breeding made them choose a dog breed that the Germans would never use for a prison camp situation.

By the way, I see you like to use the word "prove" a lot when talking about what I'm saying. Sometimes even putting it in bold letters. I never said I was going to prove anything. What I am doing is pointing out reasons why I don't believe the story. Similarly, when I read about Yankel Wernik watching the SS drink fine liquers and eat fine foods while burning rotten corpses, all the while laughing crazily, I can't prove that didn't happen, but I can mention why I think it's unlikely.
Top

Thanks for the link. I did note the concluding statement on the bottom:


German Shepherd Dog - The first one known as the German Shepherd Dog, registered in the US was "Queen of Switzerland" in 1908. During WWI, the AKC renamed it the "Shepherd Dog" but, renamed it in 1933 back to "German Shepherd Dog". After World War I these dogs were named the Alsatian. Today they are known by the correct name of German Shepherd Dog. German Shepherds are powerful and well muscled with a slightly elongated form. The height at the shoulders is 21 ½" to 25 ½". These dogs are all around working, herding and service dogs. They are steady of nerve and completely good natured as well as alert. They need frequent grooming due to a double coat. They make great watch dogs and home companions. Contact the dog breeders below for your next family friend.


And this was only a 20 second google search.
Top

Cutlass - on Sobibor: there were quite a few escapees, in that the camp witnessed one of lthe largest prisoner revolts of the war. A fair number managed to get beyond the gates and minefield, and around thirty or so survived the war, if not more. Had Barry existed, I can see at least one of these people encoutering him on a bad day - we have to allow some benefit of the doubt.

Most of those who escaped from Sobibor had been specialist workers and/or Soviet Jewish PoWs based in Camp II, so there are very few, if any, credible accounts of the diesel-powered 'gas chambers' there.
Scour the surface throughly until it is glistening...
Top

Just how long are you two going to argue about which dog makes the better house pet? Talk about distraction & obfuscation. Cool out.
Moderator3
Top

Here's a picture of Barry. 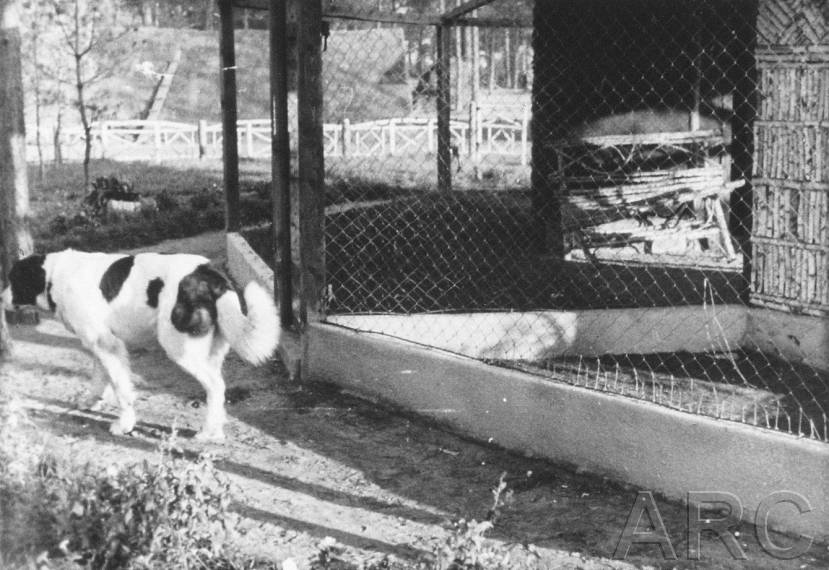 Well, the dog in that photo looks like a regular pooch. Hardly the pony/calf-sized creature of legend.
Scour the surface throughly until it is glistening...
Top

Here's another picture of Barry. 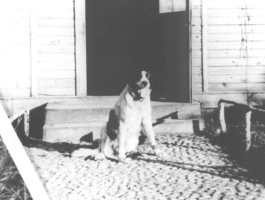 So how are we to know:

Where this photo was taken?
When was it taken?
Who took it?
What proves that this is the vicious 'pony-sized' beast that the mythology claims brutalized Jews? Could just as well be mom & pop's best friend in Yourtown, USA.

The entire story is a joke and is so typical of the unsupportable claims within the 'holocau$t' story.

The pictures are part of the set from the Kurt Franz photo album and you can see different landmarks and common features in each.

Thanks Scott, I'll accept that as true .... "The pictures are part of the set from the Kurt Franz photo album ..."

I realize you didn't mean to imply it, but:

What proves that this is the vicious 'pony-sized' beast that the mythology claims brutalized Jews?

What proves that any such dog brutalized Jews as is alleged. Can proven liars be trusted?

That dog's been maligned and libelled as much as the Nazis themselves. Isn't it amazing how even I, when I looked at the photo thought. "Wow, a killer, vicious dog." Then I had to think, "wait, those are lies, this dog is nice, lovable dog who people have lied about."

The witnesses mention his huge size. (see the ukar link) One of those photos of this dog is in front of two steps. From that you can see how huge the dog is. He's not huge at all. He is just a normal sized dog.
Top

The only thought I had when I first saw 'Barry the Killer Dog'-nonsense was “pathetic...” and never thought much about it since. Such fantasies.

So, did the dog get hung after the war or what?
Top

Hilberg on page 898 is talking about the Catholics supporting euthanasia. A "Mother Superior" and a priest in fact! Then in the next paragraph talks about the dog Barry, and in a footnote on the same page mentioned how Barry died of euthanasia. That's Hilberg's unconscious mind, and his desire for revenge, rather transparent as usual.

"Barry, like many of the human perpetrators, had a peaceful life after 1943. When he became old and ill in 1947, he was subjected to euthanasia."