Here is the translation of the Chapter "Conclusion:

The first homicidal gassings in Auschwitz in their official reconstruction by Danuta Czech is based exclusively on the conflicting statements of self-proclaimed eye witnesses and is refuted by documentations: There is therefore no historic base for the homicidal gassing.

The tale of the homicidal gassing was created by one of the centers for horror propaganda of the secrete resistance movement in Auschwitz, starting with the idea of testing undetermined combat gases on human beings in a not closer determined "bunker" or concrete shelter in Auschwitz.
Only later, after the fumigation with Zyklon B started, which increased with the size of the camp, did the propagandists introduce Zyklon B in their reports and located the homicidal gassing in the basement of Block 11.
The daily transport of corpses of detainees who died in the camp, and registered inmates from the morgue of Block 28 to the crematorium offered further material for an enrichment of the tales.
Judge Jan Sehn invented the original core of the tale, in the year 1946, because it was necessary to bring in consistence the conflicting witness reports in harmony in order to make them useful in court, including the dogmetically necessary literally elements, like the number of victims and the separate phases of the gassings, however without dates.
With a further daring manipulation in the year 1959 of the report of Jan Sehn and other sources did Danuta Czech enriched the story by creating a "conforming of proofs" which she also provided with invented dates: The first homicidal gassing was now "History".
The Holocaust hoaxsters exaggerate and embellish a 60+ year old event in order to abuse the Palestinians and rob them of their land, while claiming a free pass for their barbaric conduct on account of the "holocaust".
Top

I'm happy to say that you are wrong here.

Mattogno's book on the alleged first gassing was translated into English a few years ago. It can be downloaded for free here:

I received the book in German language only yesterday. It is dated July 2007

Your book in English is from July 2005.
There may be some differences.
The Holocaust hoaxsters exaggerate and embellish a 60+ year old event in order to abuse the Palestinians and rob them of their land, while claiming a free pass for their barbaric conduct on account of the "holocaust".
Top

I cannot see any difference between the English and German editions of the book.
It is possible that the German version was translated later, and I thought erroneously hat it was a new book. 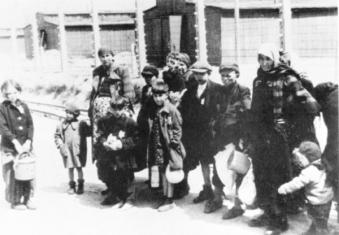 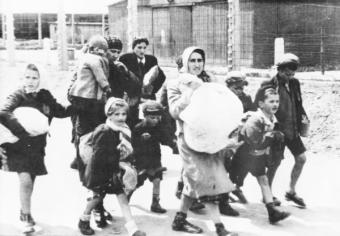 »Famous photos showing women and children walking to the gas chamber
with pots and pans and pillows and blankets
Able inmates had to leave their property at the ramp.«
(L'Album d'Auschwitz)
The Holocaust hoaxsters exaggerate and embellish a 60+ year old event in order to abuse the Palestinians and rob them of their land, while claiming a free pass for their barbaric conduct on account of the "holocaust".
Top
Post Reply
4 posts • Page 1 of 1