I'll be adding the other videos to my blog as I watch them. I have never heard Germar lecturing before. The more I learn about this wonderful man the more compelling he is.

http://vehme.blogspot.com/2008/12/repre ... udolf.html
"From October 1928 the two largest regular contributors to the Nazi Party were ... of Jewish faith, and one of them the leader of Zionism in Germany." Brüning, 1937
Top

The Germar Rudolf videos are extremely important for Germar's explanation as to how his testimony was so easily distorted because of the simple fact that there was no stenographic or other recording of his trial. The court staff simply put a summary together after the trial. Statements were attributed to him which he never made.

Without an independent transcription of the proceedings, if Germar were to appeal on the grounds that he did not say something, he would have had to call witnesses of the trial itself who would almost certainly be challenged by others making contrary claims. The situation is thoroughly corrupt and almost unimaginable for Americans.

No doubt, many if not all of the postwar NS-related trials in German courts, not the international tribunals, were conducted in exactly the same way--without stenographic or other recordings of the critical testimony. Small wonder that Pfannenstiel, for example, was alleged to have said things in such a court which are quite incredible and which he almost certainly never would have said--and which he contradicted later. But without an independent stenographic record, all we have to go on are the published recollections of the court staff in their official reports or summaries. It is all just part of the huge holocaust farce and there is no end in sight.

Horst Mahler, however, is fighting a truly heroic and important fight as this is being written. But the German courts and their very procedures are stacked against him.

Friedrich Paul Berg
Learn everything at www.nazigassings.com
The Holocaust story is a hoax because 1) no one was killed by the Nazis in gas chambers, 2) the total number of Jews who died in Nazi captivity is miniscule compared to what is alleged.
Top 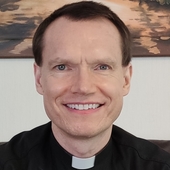 In the first video, Rudolf explains why he does all his work:
"Somebody has to do it. I can do it."

The world would be a better place if everybody had this motto.

I tried to send Rudolf some letters while he was in prison although all of his correspondence is totally censored. He actually did receive the first letters, but the later letters were not delivered to him but only sent back to me.
I always stress the fact that Rudolf is innocent and therefore his imprisonment is absolutely illegal in every regard.
The censors condemned this utterance as "insulting" why my letters could not be allowed.

"The beatings will stop when morale improves!"

"The dead came back from Jerusalem, where they did not find what they were seeking."

"The Seven Sermons to the Dead"

PRHL wrote:....
I tried to send Rudolf some letters while he was in prison although all of his correspondence is totally censored. He actually did receive the first letters, but the later letters were not delivered to him but only sent back to me.
I always stress the fact that Rudolf is innocent and therefore his imprisonment is absolutely illegal in every regard.
The censors condemned this utterance as "insulting" why my letters could not be allowed...

You should elaborate on this subject. Isn't there a "Briefgeheimnis" (letter secrecy) in Germany, which makes looking into someone elses mail a crime?
Top

Hektor wrote:You should elaborate on this subject. Isn't there a "Briefgeheimnis" (letter secrecy) in Germany, which makes looking into someone elses mail a crime?


In prison, the letter secrecy does not count.
However, I recently wrote to Mr. Rudolf and sent him a few of my sermons. While my former letters (sermons included) were halted and sent back to me, Rudolf did receive my texts and even replied.

In my sermons, I often mention the diabolical "holocaust" religion and other public lies. Rudolf used one of my texts in his trial, so it is no surprise that my letters are usually halted: They contain useful information.
Why I am a Revisionist
Holocaust - Holocaustleugnung - Revisionismus - Kirche
Top

I believe Germar Rudolf is to be released in early July.

How is he doing? Do you know what are his plans, i.e. will he stay in Germany afterwards and let his wife come over here (his wife wouldn't be in danger of being arrested in Germany such as Ernst Zündel's wife) or will he return to the USA?

Thank you for staying in contact with Germar and please send him our best wishes.

I hope in a few months he will be able to enjoy his life with his wife and his small daughter.

We never will forget what he has done for the truth and for Germany.

Reinhard wrote:I believe Germar Rudolf is to be released in early July.

Reinhard wrote:How is he doing? Do you know what are his plans

To me, he only wrote:
"Hopefully, the year 2009 will bring some positive changes for me."

I do not know whether Rudolf may / does tell more of his future plans to anyone else - at least in letters or cards. However, at the end of the day, I am only a stranger to Rudolf, although I publish some texts of Rudolf and defend him in public.
Add to this nearly non-existent relation the fact, that I am a priest, while Rudolf is an atheist. So it would come at no surprise that he gives more information to other people.
Why I am a Revisionist
Holocaust - Holocaustleugnung - Revisionismus - Kirche
Top

Thank you for answering.

I did consider to write him as well, but given the fact that every line he receives or writes is controlled by the prison authorities (and of course the identities of his supporters - I am a German as well) and the fact that I also am a stranger to him, I thougt, it would make not much sense, for, as far as I know, he only is allowed to receive a limited number of letters each month and he probably will prefer his family and friends to make use of this contigent.

If you write him again, please send him my best wishes. I sent him a copy of a Spiegel-interview with Prof. Nolte in 1998, which he had asked for in our correspondence (he sent me two copies of documents from the Moscow archive of the ZBL) and informed him that his letter to me had been opened by the Bundes-Stasi.

May be he remembers this episode.

I was shocked by his arrest in 2005 (at about the same time as David Irving's arrest) and have been thinking very often about him and his situation since then.
I tried to do what I could to support him on the internet and make his work and his fate known to German citizens.
That is all what we can do to fight against the enemy's efforts to silence him and destroy his work by jailing this brave man.

Germar is nothing short of a martyr. Good man, so sad he's had to suffer so. These pigs even ripped his children from him, more than once.
Top
Post Reply
10 posts • Page 1 of 1