I just took a look at the rodoh site, and I see robert is posting an altered photo as "proof" of human remains at Treblinka.

I recall mullahnkamp being caught by Greg Gerdes on the VNN forum doing the same thing, so I know he is aware that the photo is a fake.

You might want to see for yourself before he deletes it.


Does that not prove how desperate the hoaxers are?

Does that not prove how shameless they are?

This is the THIRD time he's been caught doing this!

And he's so shameless, he not only readily admits it, but get this, this is his "excuse" from his VNN post # 1280

Ha! Well, the difference is the unaltered photo looks like rocks and soil and the overexposed one is meant to make it look like bones and ash.

And if there is no difference, then why knowingly use the altered photo?

And did you catch him acting dumber by asking how someone could determine which one is the original and which one is altered?

The altered one is cropped. So the uncropped one has to be the original. It's the same situation as the GPR scan photo.

This is soooo funny.
Top

Which photo is supposedly doctored?
Top

That comment "I don’t see what’s the difference between the "unaltered" photo and the "altered" one for the purpose of my argument/question, and I wonder how Gerdes determined which is the "unaltered" photo and which is the "altered" one." is not to be found in that topic. If you mean Pepper that it's from the VNN thread, it would be great if you could show exactly where. Check your internet history if you haven't already. Maybe you were on that key page where it was and not on every damn page in that VNN topic and therefore you may not have a lot to sift through anyway.
Top

This is the THIRD time he's been caught doing this!

And he's so shameless, he not only readily admits it, but get this, this is his "excuse" from his VNN post # 1280

Sorry i cannot read the rodoh forum anymore... It's a bunch of angry banter with no real debate occurring. Intelligent men debate in an open-minded atmosphere where new ideas are welcomed and discussed in a civilized manner, not where name calling is more important than the facts.
Top

I would but when I went to the link that dates from 2008, it was apparently shown by Gerdes that there were two photos, one real one fake. And one of the links, is dead. So we don't get to see both unfortunately.
Top

According to Greg Gerdes / Pepper this is the unaltered photo: 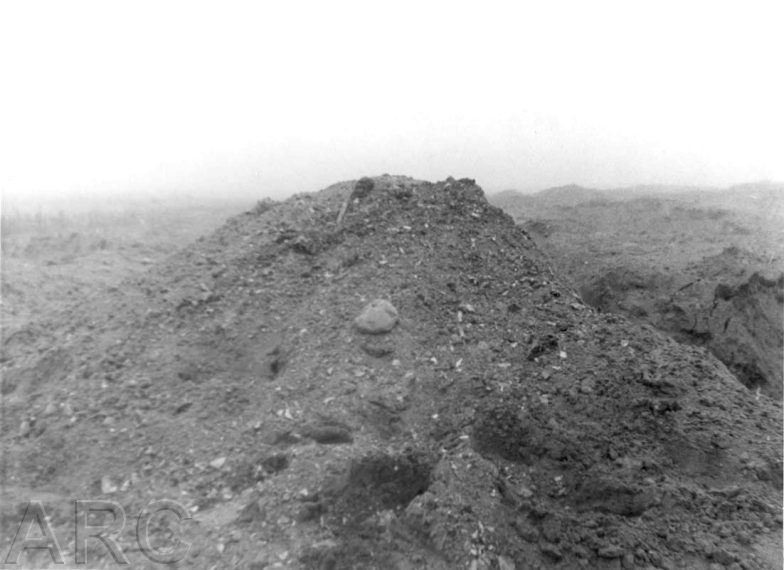 And this seems to be the link to the allegedly altered photo:

I'm sorry, but I think that's ridiculous. There's hardly any difference. Needless to say, both photos prove nothing.
And Mr. Gerdes, please stop that silly Pepper-game. It doesn't work if Pepper constantly refers to points raised by Greg Gerdes and if both write exactly in the same style.
Top

The second looks like a zoomed in, contrasted version of the second.

EDIT:
And I checked it, it is.

The darker seems to be at an angle too, but no alterations are noticeable.

http://img42.imageshack.us/img42/9590/t ... apiled.gif
"There is a principle which is a bar against all information, which is proof against all arguments, and which cannot fail to keep a man in everlasting ignorance -- that principle is contempt prior to investigation."

A cropped, overexposed photo is an altered photo.

Muehlenkamp himself admits that the photo is altered.

I don’t see what’s the difference between the unaltered photo and the altered one for the purpose of my argument/question... Not that it matters, but this unaltered other printout of a photo from my post...

The difference is the altered photo is overexposed, to fraudulently make the soil look like "ashes."
Top

mulencamp not only proffered that atlered photo, and he didn't just claim that the photo was showing soil mixed with bones, but he claimed that it was an actual photo of human "ashes."

He claimed in his VNN post #195 that the photo was

"e) A heap of ashes in the Treblinka camp."


The fact remains, and you'd have to be pretty stupid to not see and understand this, that photo was maliciously overexposed to make the soil look like "ashes."

Take a real good look at the original. Blow it up and look at what is supposedly "bones and ash."

Anyone can see that there is no "ash" in the photo. It's clearly soil.

But what are the small pieces that are allegedly "bones?"

This is what Lukaszkiewicz said he found:

During the course of the digging, broken pieces of all sorts of kitchen containers were continually found

NEVER did he say he found bone fragments.

And the Soviets said

Remaining as marks of the existence of the camp are: an abatis of barbed wire, ashes, cinders, and a great number of pits, where household objects of the cremated Jews have been buried."

They never once mentioned finding any bones much less bone fragments.

The "convergence of evidence" suggests that, if those alleged "bones" aren't rocks, they are "broken pieces of all sorts of kitchen containers," that is, shards of crockery.

And even if they really are bones, there is no proof that they're human.

And the fact also remains, there was supposed to be millions and millions of pounds of bone fragments. If anyone had discoverd a grave that contained multiple tons of bone fragments, one could have shoveled nothing but bones from the graves.

Also, take a look at what was cropped out of the photo.

Soil that contained nothing but soil.

Where you see someone had walked and disturbered the mound, there is no "bones" in the exposed soil.

There is only "bones" on the top of the soil, not mixed in.

Is there precedence for such fraud?

Yes. You can clearly see in this photo that the same trick was pulled (Blow it up.)

Notice how almost all the bones in that photo have been very recently tossed on top of the soil in that pit.

You only see a couple of partially exposed bones, and those are covered with soil that has recently been thrown on them. Most are clearly 100% exposed.

You can even see how the bones are laying on top of the weeds, where the weeds have not grown up around them, and the bones are not settled into the soil.


One other thing about the photo of the "bone fragments." If those really are the cremated bone fragments left from the jews, then it blows all to hell the "reduced to ashes" thesis the true believers try to sell. How hard would it to locate a pound of "ashes" / fragments that size?

Again, this all goes back to the cremation "ashes" lie. Remember the Soviets lie about roads being paved with "ashes?" It would have been, in reality, roads paved with bone fragments.