Some of these are not bad at all. The issue is that most of them only appeal to the converted. They are in-your-face and don't serve the OP's purpose of informing people there is a debate. Joe Public is more likely to find them offensive than be encouraged to enquire further.

That is why I like Jazz's Bart Simpson. That really could work. Understated, but raises a quiet smile. And it asks a very real question. Why are people being punished for this?
Top

Here is a joke for you which I saw and heard being played on a most obnoxious Jewish chap. He was a film maker in the motorsport industry and had been very successful. Very rude and disliked by many in the paddock.

Grand Prix mechanics tend to be straight talking and do not take being messed around.

One evening after practice the teams and staff etc, including this film maker were back at the hotel having a few beers after dinner. The jewish film maker was, as usual, being off hand and rude to people and somehow brought up the holocaust and that many of his relatives had perished at Auschwitz. One of the tough Australian mechanics said to him that his uncle had also died at Auschwitz. Thinking he had found a kindred spirit the Jew says 'wow tell me more.' By this time the mechanics and others were all listening intently knowing that a joke was about to unfold.

The mechanic says, 'yeah he was at auschwitz and broke his neck and died, he was laughing so much at all you jews he fell out of the watchtower!'

Enough said except to say that obnoxious film maker also died soon after when his private jet crashed on take off at, I think, Malaga airport. That caused a few laughs too...
'Of the four million Jews under Nazi control in WW2, six million died and alas only five million survived.'

^ I've heard the guard tower one before and it's a golden line!

Has anyone seen Faurisson's appearance with comedian Dieudonné M'bala M'bala? I'd be really interested in seeing a link to this. He's been entangled with French authorities for his anti-orthodox views on several occassions.
"You can't convince a believer of anything; for their belief is not based on evidence, it's based on a deep-seated need to believe." - Carl Sagan
Top

Bonesy wrote:^ I've heard the guard tower one before and it's a golden line!

Has anyone seen Faurisson's appearance with comedian Dieudonné M'bala M'bala? I'd be really interested in seeing a link to this.

Do you speak about this sketch?

[youtube]http://www.youtube.com/watch?v=P9uUmffBDO0[/youtube]
Vincent REYNOUARD : "Holocaust? What they hide from you ..."
Send a Card to Imprisonned Revisionists

We would be grateful to you for sending a word of support and encouragements.

Most of these have been around a while. 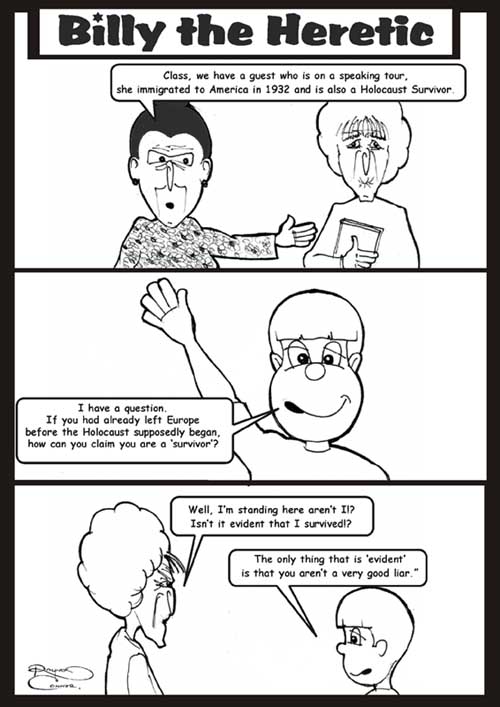 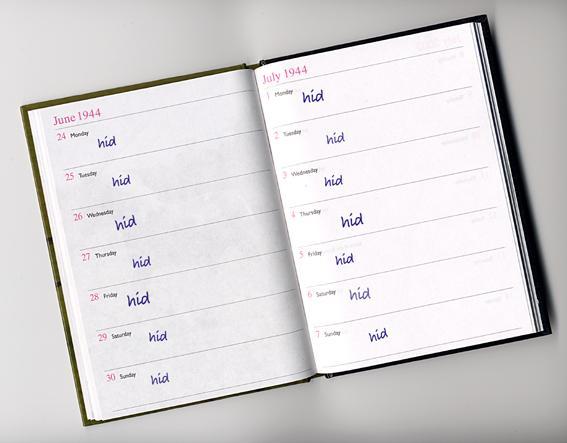 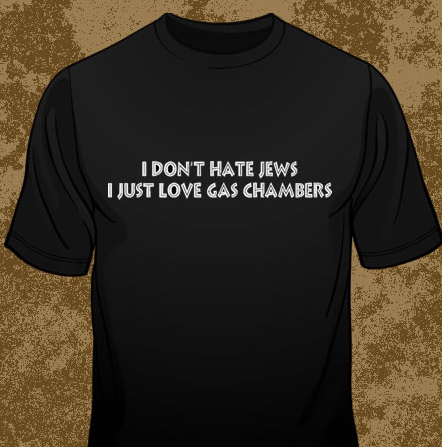 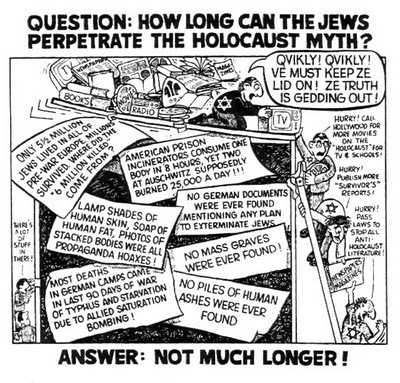 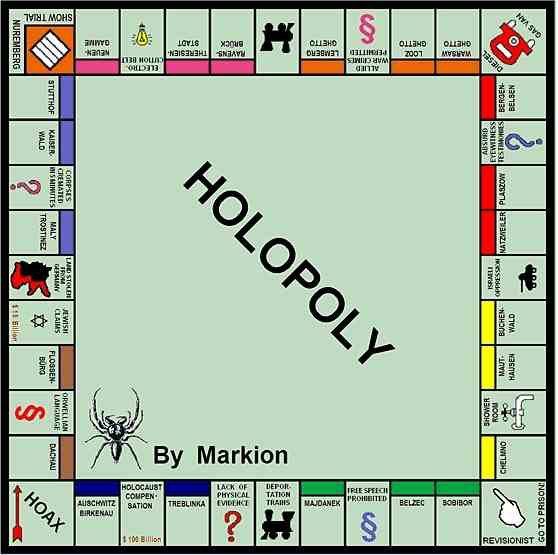 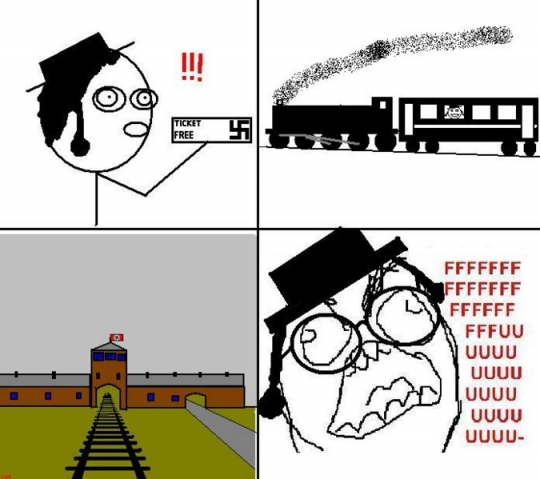 Vincent REYNOUARD : "Holocaust? What they hide from you ..."
Send a Card to Imprisonned Revisionists

We would be grateful to you for sending a word of support and encouragements.