Holocaust "Denial" - No Crime In Spain

Holocaust "Denial" - No Crime In Spain

In a ruling that may have ripple effects across Europe, the Spanish Supreme Court has ruled that neo-Nazi literature and speech, including that which openly denies the Holocaust, is not a punishable crime.

In his June 3 ruling, presiding judge Dr. Adolfo Prego said that while such speech is truly offensive, it is only a crime if advocates violence.

“Advocating an ideology is not punishable no matter which ideology is involved,” Judge Prego chided prosecutors in his ruling.

Panadero owned and operated the now-defunct Kalki bookstore, which openly sold neo-Nazi paraphanelia and literature, including books that denied the Holocaust. Garcia was an employee at the store, while Bau and Llopart ran organizations that promoted National Socialist ideology.

Judge Prego noted that he himself was offended by the neo-Nazi literature, but could not let the conviction stand as this would open the door to random prosecution of any opinion expressed.

As a result of the Supreme Court ruling, the four men were aquitted of their prison terms, which ranged from 2-1/2 to 3-1/2 years.

The Jewish Community Federation of Spain (FCJE) roundly condemned the verdict, reports the World Jewish Congress. “We Jews are very worried that the Spanish judiciary, which in certain situations shows a lot of sensitivity, does not consider the sale of books in which the Holocaust is denied and racism propagated an offense banned by our laws,” the group said in a press statement.

The Israeli Embassy in Madrid said in a statement, “Israel believes that this decision gives support to racist violence and shows a lack of historic knowledge.” It added that the ruling was reason for “sadness and concern.”

The European Union’s Framework decision on Racism and Xenophobia, released in 2007, states that denying or grossly trivialising “crimes of genocide” should be made “punishable in all EU Member States.” While other EU member states have already adopted either parts or the entire framework into their laws, Spain has not complied.
http://www.therightperspective.org/2011 ... -in-spain/

1. I wanted to post this story mainly because it lists the countries where "denial" is illegal, so that newcomers can see them.

2. This is a monumental decision which everyone should keep track of the events that follow it. It's a perfect example to watch the Jewish victim industry work its techniques of shutting down any form of free speech when it comes to their religion known as the Holocaust™. I, for one, will find it extremely interesting how much pressure will be put on Spain to reverse its decision. What loophole will the industry use? Will they call for a boycott of Spanish goods? You can be sure the next meeting of the minds will be concentrating on this very decision. And most importantly, just how much of this will be covered by the media, whether it be the television, radio, internet, or others?

3. I find it amusing they can simply shut down discussion of a topic because it's "offensive" or "trivialises", when in fact that discussion is meant to confirm or deny the evidence that created that status in the first place. If it's the truth, they should have no reason to stop discussion on it. Discussion would benefit their cause immensely. However, if the story line isn't true, what would be the first thing you would do if you had the means... Shut down discussion?
Why the Holocaust Industry exists:
http://www.youtube.com/watch?v=2A81P6YGw_c
Top

Great new!
This may help Pedro Varela too?
I am not a native english speaker, so please forgive errors and weird syntax
Top

The Jewish Community Federation of Spain (FCJE) roundly condemned the verdict, reports the World Jewish Congress. “We Jews are very worried that the Spanish judiciary, which in certain situations shows a lot of sensitivity, does not consider the sale of books in which the Holocaust is denied and racism propagated an offense banned by our laws,” the group said in a press statement.

The Israeli Embassy in Madrid said in a statement, “Israel believes that this decision gives support to racist violence and shows a lack of historic knowledge.” It added that the ruling was reason for “sadness and concern.”

1. What's to worry about if they have truth on their side? And the above coming from the biggest racists of all time, 'The Chosen Ones', who now are demanding cash be paid to the grandchildren of so called 'survivor$'. The 'holocaust' is about money, preferential treatment, and political power. It's called The Holocaust Industry for a reason.

2.Israel, whose racist laws on what constitutes a 'Jew' are acceptable though. And of course their court supported apartheid system gives them zero room to say anything at all about anybody. No wonder they're referred to as "that shitty little country".

Professor Martin wrote some good stuff in his "Jewish Onlsaught" about harassment by Jewish groups when he incorporated the book The Secret Relationship Between Blacks and Jews into his Africana Studies course. The book, researched and authored by the Nation of Islam (sin #1) contains approximately 98% Jewish sources; Jewish history books, historical records, complications, and what not. I own a copy of the book. Every single page has the historical sources used on that page listed at the bottom of that page.

Here's a 39 minute talk of his on YouTube about the harassment he endured. http://www.youtube.com/watch?v=vL52KUoBeNA
Top 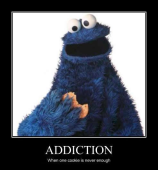 However, Deborah Lipstadt for instance stated: "Generally, I don't think Holocaust denial should be a crime. I am a free speech person, I am against censorship."
On the other hand, her polemic distortions go very much against the spirit of free speech.
Last edited by castlewarden on Sun Jul 17, 2011 7:27 am, edited 1 time in total.
"Each and every component that makes up your life experience is drawn to you by the powerful Law of Attraction’s response to the thoughts you think and the story you tell about your life." Abraham Hicks
Top
Post Reply
5 posts • Page 1 of 1