British Anti-Gas Doors Had Peepholes Too

British Anti-Gas Doors Had Peepholes Too

There’s a gas tight door with a peephole! This is extremely damning to the hoaxers. 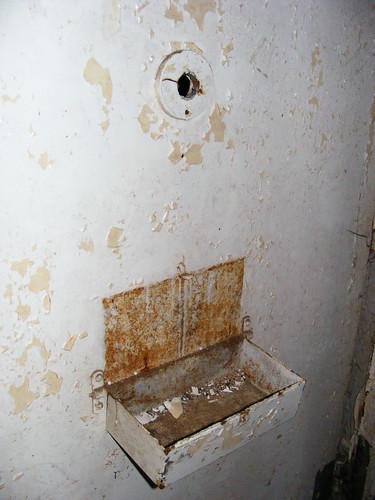 That’s because the German “gas chambers” and "fake shower heads" and “undressing rooms” were undressing rooms , real showers, and gas shelters, very similar to anti-gas buildings such as this, which were created in Britain at the same time, for the same reason - for emergency decontamination in case poison gas had been used, as it had been during World War 1.

German air raid / gas shelter doors had similar peepholes in order to communicate with the outside world.

Also inside this anti-gas decontamination center -

Clothes Hangers in the "undressing room"

Nothing is 'extremely damning' to the hoaxers, the entire holohoax is preposterous. Auschwitz supplied 70,000 workers daily to nearby Farben, Krupp, Siemens, and other industrial plants essential to the war effort, and this is where they chose to gas10,000 Jews daily? The whole gas chamber phantasmagoria is absurd from start to finish. Butz wrote a 700 page book exposing the hoax 20 years ago ! Picking at facts about the hoax on the internet doesn't do anything at all. You have to take the case to the streets. Organize a demonstration outside a holohoax museum. Give a speech at my city council demanding the holohoax museum be closed as a fraud. Do something local. Run for office !
Top

Why can't you make a speech at your own city council? You don't think I've thought of ideas such as running for office? I can't run for local office, seeing that I'm a hate felon.

Why did you talk yourself out of speaking at your own city council? Why is it so easy for you to tell others to do these things, while refusing to do them yourself?

Do you help Revisionists who are not anonymous to perform public activism when you refuse to do so yourself?

If so, find me a revisionist friendly lawyer who will draft a lawsuit against Spielberg and his Shoah Foundation for The Last Days fraudulently being advertised and sold with the subtitle "Everything You are About to See As True." If Jews can sue Jimmy Carter over his book Palestine: Peace Not Apartheid, I can sue Jews over their Oscar winning fraud / hoax.

I'll file the lawsuit, as I have in the past against Spielberg and Zisblatt's book.

Every example of activism you gave requires help from other people. Anonymous people have their place in this movement, and here is a perfect example of how you can help someone who isn't anonymous. Find me a revisionist friendly lawyer. Thanks.
Watch THE TREBLINKA ARCHAEOLOGY HOAX

You can't find a holohoax friendly lawyer because it would be professional and financial suicide for any lawyer to take your case.

I'm anonymous because it would be professional and financial suicide to announce that I was a hoax denier. Simple as that.

I think 'The Last Days of the Big Lie' is the best thing for hoax denial since you punched Elie Wiesel in the nose, or whatever, or since DenierBud's movies. I think the lawsuit would be fantastic. But, you're stuck.

I'm surprised and disappointed to learn that you can't run for office.

I wish I was not anonymous, my model would be the Wise Old Man on youtube. He held up a sign outside the Wise Temple in LA. But, he did it only once. And I wouldn't choose a temple, I'd hold up the sign outside a hoax museum. He now apparently cannot find ONE person in LA to assist him.
Top

SevenUp wrote:
I wish I was not anonymous, my model would be the Wise Old Man on youtube. He held up a sign outside the Wise Temple in LA. But, he did it only once. And I wouldn't choose a temple, I'd hold up the sign outside a hoax museum. He now apparently cannot find ONE person in LA to assist him.

This is really the most serious problem. On my radio program last night, Christine Miller told how not one person in her predominantly German city in Wisconsin will stand up for her and her activism. She has written letters to the editor of her local newspaper until they refused to accept them anymore. She writes about Holocaust revisionism sometimes, also WWII revisionism, also local issues and current events. She has run for School Board every year for 10 years, and up to 1000 souls have voted for her, but will not support her publicly. She is intelligent and polite, a good writer, and was a high school teacher in the town.

The growing number of Jews in her town seem to hold the balance of power even though they are relatively few in number. That's the way it is everywhere.