Ernst Zundel & Dr. Ingrid Rimland, now THEY are fighters for free speech and truth.
Ernst, after being incarcerated for Thought Crimes, and his wife, who runs the site, will not yield to liars and hypocrites .... period.
see:
http://www.zundelsite.org

The 'holocaust' storyline is one of the most easily debunked narratives ever contrived. That is why those who question it are arrested and persecuted. That is why violent, racist, & privileged Jewish supremacists demand censorship. What sort of Truth is it that crushes the freedom to seek the truth? Truth needs no protection from scrutiny.
The Internet is demolishing the false narrative promoted by arrogant Jewish supremacists. From the slaughter of the Palestinians to the lies of Auschwitz, the world is recognizing the dangers of Jewish supremacism.
The tide is turning.
If it can't happen as alleged, then it didn't.
Top

They are missing a lot of rogues in that gallery. This one for example: 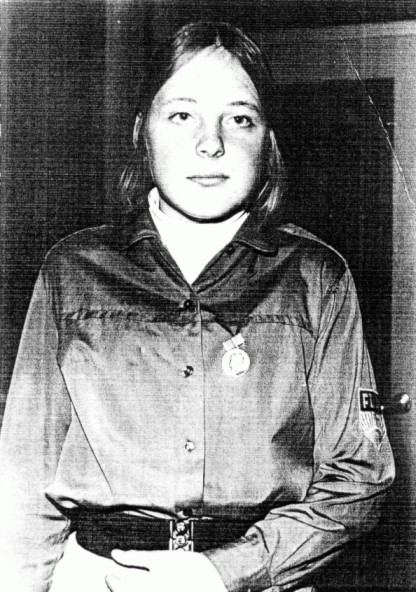 Don't the "German authorities" use the continued publishing on the Zundel site as a pretext for further persecution of Ernst Zundel?
Top

Well, regarding the new design...who am I to judge the Zündels? I only think they could have done it better, make it look professional. A future-proof CMS with a basic theme would have done the job.
As it is, it looks sort of uninviting, to say the least.

But, hey, I support them and they have done and are doing a great job. I am just voicing my opinion on the website and not casting any judgement on the good Ernst and Ingrid.

I have been a subscriber to their ZGram [defunct now: obviously] from the early days and now their latest one(s).

Come on Mr. Kunsl, your design fetish has nothing to do with the content. The Zundels are some the bravest people we shall ever encounter. And they are right.
B.
Revisionists are just the messengers, the impossibility of the "Holocaust" narrative is the message.
Top

They are missing a lot of rogues in that gallery. This one for example:

I was going to ask you who that was, but I found out it's Angela Merkel.
What kind of uniform is she wearing?

http://en.wikipedia.org/wiki/Free_German_Youth
Rabbi Shlomo Risikin: "The [non-Jewish] world is divided into parts: those who actively participated with the Nazis and those who passively collaborated with them."
Top

I can't imagine the misery of being held in solitary confinement for years on end on trumped up charges. That Ernst Zündel remained defiant and steadfast in the struggle for truth despite everything he had to endure at the hands of the forces of darkness and ignorance is a testament to his strength of character.
Rabbi Shlomo Risikin: "The [non-Jewish] world is divided into parts: those who actively participated with the Nazis and those who passively collaborated with them."
Top A card or a letter for his birthday: