The funny story of the Bolshevik Jews raising funds in America for the Soviet war effort with Nazi-made Jewish soap...

From left: Itzik Feffer, Albert Einstein and Solomon Mikhoels in the United States in 1943.

Albert Einstein was heavily involved in propagating dreamt-up atrocity stories during WW2, he even wrote an introduction for Ilya Ehrenburg's Black Book, which claimed 4,000,000 Jews were killed at Auschwitz, 1,135,000 at Chelmno, 750,000 at Majdanek, 3,000,000 people were mostly steamed to death at Treblinka, and Jews were electrocuted, with their bodies turned to ash at Belzec.
.
In this photo he is pictured with two members of the Jewish Anti-Fascist Committee on their propaganda tour of the US.
.
Mark Weber of the IHR wrote::

During June and July 1943, two prominent representatives of the Moscow-based “Jewish Anti-Fascist Committee” toured the United States and raised more than two million dollars for the Soviet war effort at a series of mass meetings. At each of these rallies, Soviet Jewish leader Solomon Mikhoels showed the crowd a bar of soap that he said was made from Jewish corpses. 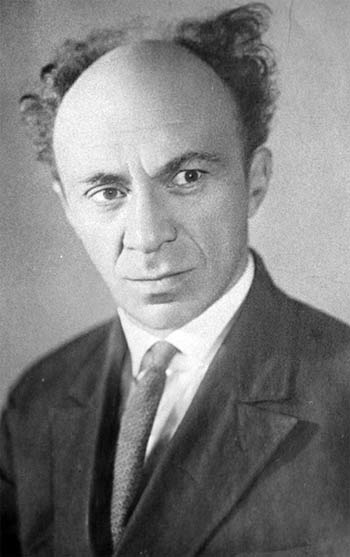 Dear brothers and sisters of a people that Hitler is determined to convert into commercial soap...

Doesn't the Polish National Remembrance Institute say they claimed to have made a study proving "Nazi soap"?
Top

In seventeen countries of Europe, if you deny that soap was made of Jewish lard.....you can get three years in prison for defaming the memory of the Suds!

If you deny that Lampshades were made of Jewish hide.....you can get five years for Household Appliance denial.

This is no laughing matter!


After Mikhoels and Feffer's propaganda tour of the U.S., Canada and Mexico, they came over to Britain and addressed a few gathering here.

Canadian-Jewish historian Henry Srebrnik wrote about their visit in his book London Jews and British Communism 1935-1945, and an article titled "Anglo-Jewry and World War II: The Visit of Fefer and Mikhoels in 1943", although I've not read the later.

Last year I made a list of all the newspaper articles Srebrnik cited in his book about their UK visit, and then spent a day at the British Library newspaper archive where I looked at each one of them on microfilm, plus I checked a few other local papers published the day after each of their rallies. But 'soap' of any sort was not mentioned in a single one of the articles.

Mikhoels didn't speak any English, so he would've addressed the audiences in either Russian or Yiddish, probably the latter as he apparently did in the States.

Perhaps the Jewish newspapers which reported on his visit were too smart to repeat a rehashing of the cadaver factory yarn in their pages, and any non-Jewish journalist present wouldn't have understood a word he said.


To show how important their visit was considered, here's a letter from the Labour MP Denis Pritt (a fanatical communist) to the British Foreign Secretary Anthony Eden; who replied saying he'd instructed the British embassy in Washington to do all they could to ensure the early arrival of the Russian Jews in the UK:

But unfortunately for the East End communist Jews, they didn't make it to the UK in time, and the sell out crowd had to make do with the amusingly named British politician Seymour Cocks.

Nazis tried to create super-soldiers, using steroids ... they sought to reanimate the dead—coffins of famous Germanic warriors were found hidden in a mine, with plans to bring them back to life at the war’s end.
- Prof. Noah Charney
Top

Hektor wrote:Doesn't the Polish National Remembrance Institute say they claimed to have made a study proving "Nazi soap"?

Yes, but that's about Dr. Spanner and the Danzig Anatomical Institute.
http://auschwitz.org/en/museum/news/hum ... ar,55.html

Poland's National Remembrance Institute confirms: 'We have determined that, without shadow of a doubt, soap was produced using substances obtained from human bodies'

Nazis tried to create super-soldiers, using steroids ... they sought to reanimate the dead—coffins of famous Germanic warriors were found hidden in a mine, with plans to bring them back to life at the war’s end.
- Prof. Noah Charney
Top

You cannot believe any story which has the names of the participants as Seymour Cocks and
Dr Spanner!
'Of the four million Jews under Nazi control in WW2, six million died and alas only five million survived.'

People have wondered about the origin of the soap myth. This is a better lead than anything I've ever seen....and actors of all people.

I haven't read Neander's article on the soap myth in a long time, but it would seem that that was an attempt to corroborate the already existing myth. That it happened to be in Danzig makes it all more circumspect since that city was practically the reason for the start of the war. Psych Warfare operatives might have saw that an anatomical institute is a good place to corroborate a myth. Just speculation.
Top

Steve F wrote:In seventeen countries of Europe, if you deny that soap was made of Jewish lard.....you can get three years in prison for defaming the memory of the Suds!

If you deny that Lampshades were made of Jewish hide.....you can get five years for Household Appliance denial.

This is no laughing matter!

I heard Hollywood is planning to make a movie on this topic: Der Jude Suds!
Top
Post Reply
9 posts • Page 1 of 1