I see yhou mention the srt file is attached, but where is it found? And what do I do with it to get the downloaded version display subtitles

apologies: technical things are very difficult for me.

A very good interview. Thanks for doing the work to bring this to us non-German speakers
Top

The accentuation is a bit unusual, but it would make sense. And then there are two sentences:

"Well then, that's just a risk I have to take. If the people think it's better—[It's] their opinion ..."

I see yhou mention the srt file is attached, but where is it found?

Look on page one of this thread, in Kladderadatsch's response to Zuku (post #12 from the top).

Depends on what video player you use. I mostly use VLC media player (it's freeware and probably the most commonly used media player).
First you should copy the .srt-file in the same directory as the video file. In VLC media player there should be a menu item "Subtitles", select it, then click on "Add subtitle file". Then select your .srt-file. That should do the trick.

If you use another media player then simply look for menu entries that say "subtitles".
Top

What she meant was:

"Schuhfach" was a slip of tongue.

Ursula Haverbeck interrupts herself mid-sentence. It is best to leave it at:


Unfortunately, my English is not good enough to offer you a spot-on translation. Still, I want to thank you for translating the Ursula Haverbeck interview.
Top

Ideally I would like to be able to burn dvd's with subtitles but I suspect that would need them to be hardcoded in the vid.

NLH mentioned this in another thread in the "Technical Workshop on Revisionist Videos and Subtitles" section:

Rename the .srt-file or the video file, so that both files have exactly matching file names. If both files are in the same folder and have matching file names (certainly still with different file extension, e.g. "haverbeck.mp4" and "haverbeck.srt", most video players should automatically recognize the .srt file as belonging to the video file. That way, if you start the video, the subtitles should start automatically. It's possible though, that with some media players you have to activate them manually. You can always activate and deactivate them manually in the subtitles menu. I believe there's a standard that says media players should automatically recognize subtitle files if their names match the video file name and they're in the same folder.

And I'm pretty sure it's possible to get them into a DVD. Most commercial DVDs offer several alternative subtitles, and they're not hardcoded. It works with audio tracks as well. Normal DVD authoring tools should offer an option to include several subtitle files. But we don't know what software you use and I would have to look it up anyway.

So, maybe somebody else can help you, otherwise you have to figure it out for yourself. But I'm 100% certain it's possible.
Top

I don't know anything about the German language, but it seems to me that in the context, the best transliteration into English would be:

"If that's the way they want it"

What do you think, KZ?
Maybe, just maybe, they believe what they are telling you about the 'holocaust', but maybe, just maybe, their contempt for your intelligence and your character is beyond anything you could ever have imagined. -- Bradley Smith
Top

Many thanks for your feedback. All very helpful: I've edited the video in light of your suggestions, and it's definitely much improved.

It's a funny thing about the "Anne Frank" business. Being a native speaker of English, I've spent a lifetime hearing about her as "Ann Frank" (that is, without the final e pronounced), and so despite it being plain as day in the audio, I still couldn't hear it for what it was. And thus my confusion of sogar/Burger and my weird interpretation of "Frank . . . " as somehow referring to the 1963 Frankfurt Auschwitz trial. (I also of course had Gröning's case on my mind.) I could tell it didn't all quite make sense, but I still couldn't figure out where the problem lay. It's something I notice in subtitling: a small misunderstanding of just one word can affect one's interpretation of an entire sentence and create a kind of mental block that makes it almost impossible to see one's error. There's a lesson there I suppose for us all, revisionists or otherwise. (The other lesson being, of course, to ask before getting 30,000 views on YouTube

I'm uploading the corrected .srt file here as an attachment. In it, I've also taken out the special formatting that only works with a .vtt file. That way if anyone wants to use the file to "burn in" subs using the .srt, they won't have the useless formatting tags (<i> </i>) messing up the screen.

(Incidentally, a note to the Webmaster: I tried adding the .vtt file to this post as well, but apparently that won't upload here. I know you made a change earlier to make .srt uploads possible; can .vtt be added as well?)

I originally meant to do this earlier to coincide with the main release, but I want people to be able to compare the various different versions of the Panorama interview. Apparently Bongen and Haverbeck talked for some four hours back in March: from that taping, the 49-minute "full" interview was created. I'm willing to give ARD and Panorama the benefit of the doubt that the editing on that version was largely neutral, and that the material which was cut was indeed mostly small-talk or digressions and so on, and thus justifiably omitted. However, as some have noted, that 49-minute interview is not in fact what was shown on Panorama last month: rather, a 9-minute edit was aired instead. Curiously, however, Panorama still chose to release the longer version online: one can only suppose they thought that its contents would be still more "damning" to her . . . the irony being, of course, that it turns out the full interview is a remarkably charismatic performance which, a few questionable arguments aside, makes a powerful moral case for the revisionist cause.

Maybe they figured they'd overstepped, I don't know. But in case anyone were to ask questions where they stand on the matter, they also produced a two-minute dumbed-down version, complete with mournful piano chords and stock-photo images of Bergen-Belsen to drive the point home. It's a study in media manipulation and Internet-age propaganda. No doubt this is what they were hoping would "go viral." Short, simplistic, hitting all the right cliches, and without all that pesky evidence from the Commandant Orders!

I originally found the short version on huffingtonpost.de (http://www.huffingtonpost.de/2015/04/24 ... ef=germany)--that's the sort of audience they're aiming at. And to give them their due, the video counter on the Huff Po page indicates that it's been viewed more than 170,000 times there. Just a reminder of what the imbalance of media power means to the truth sometimes.

With any luck, I'll get the 9-minute version worked up sometime this weekend, and then my trilogy will be complete. For now, here's the MSM's two-minutes-of-hate special.
Der grosse Kladderadatsch war da. 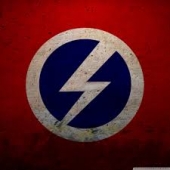 Is it possible to contact Ursula directly for clarification?
"The Holocaust narrative actually breaks down on a discrete, factual level, and is only tenable when it is presented as some vague or nebulous larger than life metahistorical event" Mulegino1
Top


Some of you might have seen on YouTube: Ursula Haverbeck's interview with Panorama.de . It is too bad that it is German only but those of you who speak the language will be able to see how this courageous lady defended her approach to questioning the holocaust.

How come she is not in jail? Well, she never makes any disparaging remarks about the holocaust, the she never questions anything but she asks the authorities to give her information about aspects of the holocaust that do not seem to make sense to her. And all that on German television! Bravo or brava Ursula !!! If you want to hear the interview click on the link below.

"Some of you might have seen on YouTube: Ursula Haverbeck's interview with Panorama.de . It is too bad that it is German only"


Here it is with English subtitles by Kladderadatsch:

"How come she is not in jail? Well, she never makes any disparaging remarks about the holocaust"

She calls it "The biggest lie in history" at the very beginning of the "Panorama" interview:

Interviewer -- You once created a sensation with the statement:

"The Holocaust is the biggest and most persistent lie in history."

What do you mean by that?

Ursula --- Well, naturally I said that somewhat in the style of Faurisson,
of Robert Faurisson, who was one of the first to look for these alleged gas chambers
— in the concentration camps — and found none.

And I mean it in this sense today:

there is, I believe, no lie that has operated
more persistently and transformatively
and indeed not only in Germany
but practically worldwide
as this Holocaust.
Maybe, just maybe, they believe what they are telling you about the 'holocaust', but maybe, just maybe, their contempt for your intelligence and your character is beyond anything you could ever have imagined. -- Bradley Smith
Top

It seems the moment we all expected has arrived - the official persecution begins:

Inquisitor wrote:It seems the moment we all expected may have arrived - the official persecution begins: