All aspects including lead-in to hostilities and results.
Post Reply
7 posts • Page 1 of 1

The British used a naval blockade to stop foodstuffs from entering Germany. After the armistice in 1918 the blockade was kept in place leading to many deaths from starvation and malnutrition related diseases -
http://www.wintersonnenwende.com/script ... n1919.html
There are 2 sides to every story - always listen or read both points of view and make up your own mind. Don't let others do your thinking for you.
Top

The British government issued a report in 1937 on the effects of the blockade -
http://www.wintersonnenwende.com/script ... bgy00.html
They considered their policy of starvation to be a success.
There are 2 sides to every story - always listen or read both points of view and make up your own mind. Don't let others do your thinking for you.
Top

C Paul Vincent has written a book called The Politics of Hunger - The Allied Blockade of Germany 1915-1919. It goes into detail about the causes, planning and effects of the blockade. Here is a review by Robert A Hall which originally appeared in the Journal of Historical Review in 1986 -
https://codoh.com/library/document/2154/
There are 2 sides to every story - always listen or read both points of view and make up your own mind. Don't let others do your thinking for you.
Top

Here is a lecture on the Versailles Treaty and its effects:
https://archive.org/details/TheTragicLegacyOfVersailles

It's pointed out that the blockade had been used to blackmail Germany into the Versailles Treaty.
Top

The German Board of Public Health in December 1918 stated that 763,000 German civilians died from starvation and disease caused by the blockade up until the end of December 1918 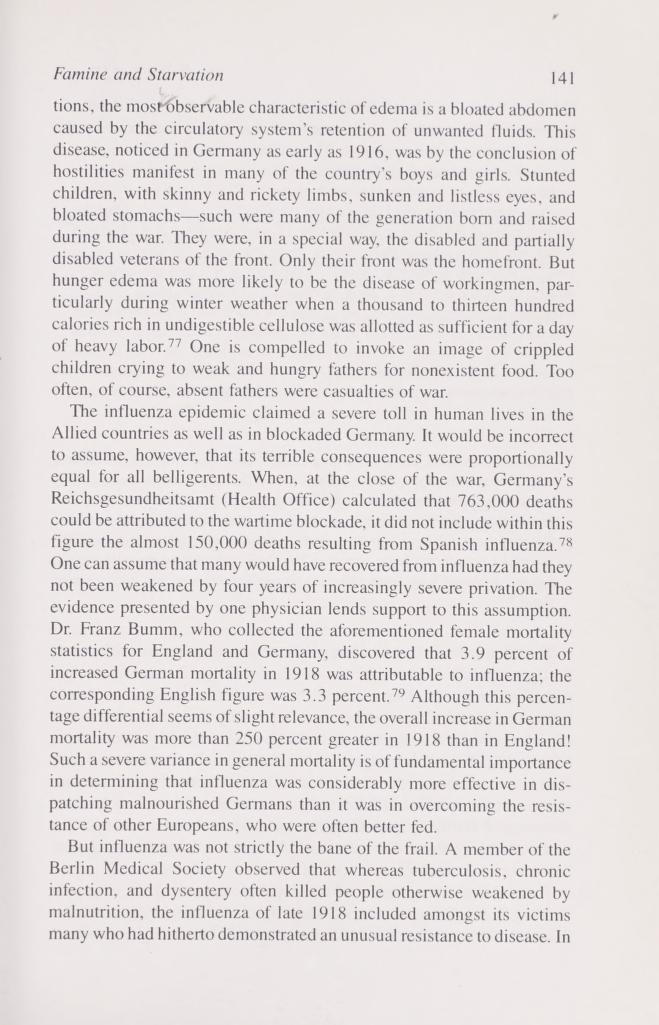 (BOOK) The Politics of Hunger: The allied blockade of Germany, 1915-1919
https://archive.org/details/politicsofhunger00cpau_0 (create an account and you can borrow the full version for free)
or http://web.archive.org/web/20190903010114if_/https://a.uguu.se/00Yw74bSxaxY_politics-of-hunger.pdf 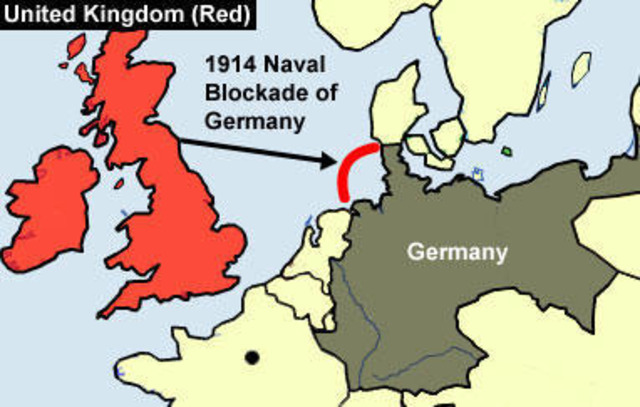 More on the starvation blockade from John Wear's book:

Germany eventually signed the Treaty of Versailles on June 28, 1919, because she faced death by starvation and invasion if she refused. With the naval blockade still in force and her merchant ships and even Baltic fishing boats sequestered, Germany could not feed her people. Germany’s request to buy 2.5 million tons of food was denied by the Allies. U.S. warships now supported the blockade. With German families starving, Bolshevik uprisings in several German cities, Trotsky’s Red Army driving into Europe, Czechs and Poles ready to strike from the east, and Allied forces prepared to march on Berlin, Germany was forced to capitulate.[11]

Francesco Nitti, prime minister of Italy, said of the Versailles Treaty: “It will remain forever a terrible precedent in modern history that against all pledges, all precedents and all traditions, the representatives of Germany were never even heard; nothing was left to them but to sign a treaty at a moment when famine and exhaustion and threat of revolution made it impossible not to sign it….”[12]

It is estimated that approximately 800,000 Germans perished because of the Allied naval blockade.[13] The blockade’s architect and chief advocate had been the first lord of the admiralty, Winston Churchill. His confessed aim had been to starve the whole German population into submission.[14] One commentator noted the effects of the blockade: “Nations can take philosophically the hardships of war. But when they lay down their arms and surrender on assurances that they may have food for their women and children, and then find that this worst instrument of attack on them is maintained—then hate never dies.”[15]

Herbert Hoover said of the Allied blockade in Germany: “The blockade should be taken off…these people should be allowed to return to production not only to save themselves from starvation and misery but that there should be awakened in them some resolution for continued national life…the people are simply in a state of moral collapse….We have for the last month held that it is now too late to save the situation.”[16]

When Hoover was in Brussels in 1919, a British admiral arrogantly said to him, “Young man, I don’t see why you Americans want to feed these Germans.” Hoover impudently replied, “Old man, I don’t understand why you British want to starve women and children after they are licked.”[17]

George E.R. Gedye was sent to Germany in February 1919 on an inspection tour. Gedye described the impact of the blockade upon the German people:


Hospital conditions were appalling. A steady average of 10% of the patients had died during the war years from lack of fats, milk and good flour. Camphor, glycerine and cod-liver oil were unprocurable. This resulted in high infant mortality….We saw some terrible sights in the children’s hospital, such as the “starvation babies” with ugly, swollen heads….Such were the conditions in Unoccupied Territory. Our report naturally urged the immediate opening of the frontiers for fats, milk and flour…but the terrible blockade was maintained as a result of French insistence…until the Treaty of Versailles was signed in June, 1919….No severity of punishment could restrain the Anglo-American divisions of the Rhine from sharing their rations with their starving German fellow-creatures.[18]
...

Very interesting book new to me has a relevant paragraph regarding the blockade.I recommend anyone that has not read this book do so it is a revelation.Book is by Des Griffin.

Immediately following the war (WW1)the British government, acting on orders from their hidden masters in the City, clamped a blockade on Germany. This move had a devastating effect on the German people. On March 4th, 1919, Winston Churchill declared in the House of Commons that Britain was "enforcing the blockade with vigor. . . This weapon of starvation falls mainly on the women and children, upon the old, the weak and the poor. . ." (The Nation, June 21, 1919, p. 980).Professor Quigley tells us that "the results of the blockade were devastating. Continued for nine months after the armistice, it caused the deaths of 800,000 persons. . ." (Tragedy and Hope, p. 261). During the four years of the war Germany lost 1,600,000 dead. The German death rate during the blockade was five and a half times higher than during the war! ------ ... P116
https://chinhnghia.com/Griffin-DescentI ... ry1980.pdf


Another book that is a revelation is by Eustace Mullins and again is a must read .

Throughout the 1930s, Hitler was duped into persevering in his desire for
friendship with England, an alliance originally proposed jointly by Theodore
Roosevelt and the Kaiser in 1898 between the three Nordic powers, England,
Germany and the United States. The Schroders assured Hitler than their AngloGerman Fellowship in England was a hundred times more influential than it actually
was. With such figures as the Astors and the Chamberlains supporting rapport with
Germany, Hitler was persuaded that war with England was impossible. In 1933 he
had announced his discovery that Marx, Lenin and Stalin had all said that before
international Communism could triumph, England and her Empire must be
destroyed. "I am willing to help defend the British Empire by force if called upon," he
declared. In 1936, Hitler arranged for meetings to take place between English and
German diplomats, but the desired result was never attained, as the British had
only one goal, to lull Hitler into a sense of false security until they could declare war
against him.
To lure Hitler into World War II, it was necessary to guarantee him adequate
supplies of such necessities as ball bearings and oil. Jacob Wallenberg of the
Swedish Enskilda Bank, which controlled the giant SKF ball bearing plant, furnished
ball bearings to the Nazis throughout the war. The anti aircraft guns sending flak
against American air crews turned on SKF ball bearings. Its American plant, SKF of
Philadelphia, was repeatedly put on the Proclaimed List, and each time, Dean
Acheson removed it.
President William S. Farish of Standard Oil refueled Nazi ships and submarines
through stations in Spain and Latin America. When Queen Elizabeth recently came
to the U.S., the only family she visited was the Farishes. Throughout the war, the
British paid royalty to Ethyl Standard Corp. on the gasoline used by German
bombers who were destroying London. The money was placed in Farben bank
accounts until after the war. I.G. Farben was organized by the Warburgs in 1925 as
a merger between six giant German chemical companies, Badische Anilin, Bayer,
Agfa, Hoechst, Welierter-Meer, and GriesheimElektron. Max Warburg was director
of I.G. Farben, Germany, and I.G. Chemie, Switzerland. American I.G. Farben was
controlled by his brother, Paul, architect of the Federal Reserve System, Walter
Teagle of Standard Oil, and Charles Mitchell of National City Bank. Just before
World War II broke out, Ethyl Standard shipped 500 tons of ethyl lead to the Reich
Air Ministry through I.G. Farben, with payment secured by letter of Brown Bros.
Harriman dated Sept. 21, 1938.
Throughout World War II, the Paris branches of J.P. Morgan and Chase
National Bank continued to do business as usual. At the end of the war, occupation
authorities repeatedly issued orders to dismantle I.G. Farben plants, but were
countermanded by Gen. William Draper of Dillon Read, which had financed
German rearmament in the 1920s.
Winston Churchill remarked of this "managed conflict" in 1945, just before it
ended, "There never was a war more easy to stop." (quoted in Washington
Page68
Post June 11, 1984). The only real difficulty had been encountered in getting it
started. Churchill succeeded in prolonging the war for at least a year by defeating
Gen. Wedemeyer's plan for a Channel crossing in 1943, and by embarking on his
ruinous North African-Sicilian swing, a replay of his disastrous Gallipoli campaign of
the First World War. Life revealed April 9, 1951 that Eisenhower had radioed Stalin
through the U.S. Military Mission in Moscow of his plan to stop at the Elbe and allow
the Russians to take Berlin. The message had been written by Ike's political
advisor, John Wheeler Bennett of RIIA, received by W. Averill Harriman, and
delivered to Stalin. In Washington, Gen. Marshall assured President Truman that
we were "obligated" to allow the Russians to take Berlin. Senator Joseph McCarthy
later called Marshall "a living lie".P68
https://www.heritage-history.com/site/h ... _order.pdf
Top
Post Reply
7 posts • Page 1 of 1