The Bavarian Soviet Republic (Räterepublik Baiern) was a short-lived communist state in Bavaria during the German Revolution of 1918–19. The National Socialists blamed Jews for communism, which they called "Jewish Bolshevism" - on closer inspection, a heavy over-representation of Jews is quite evident. 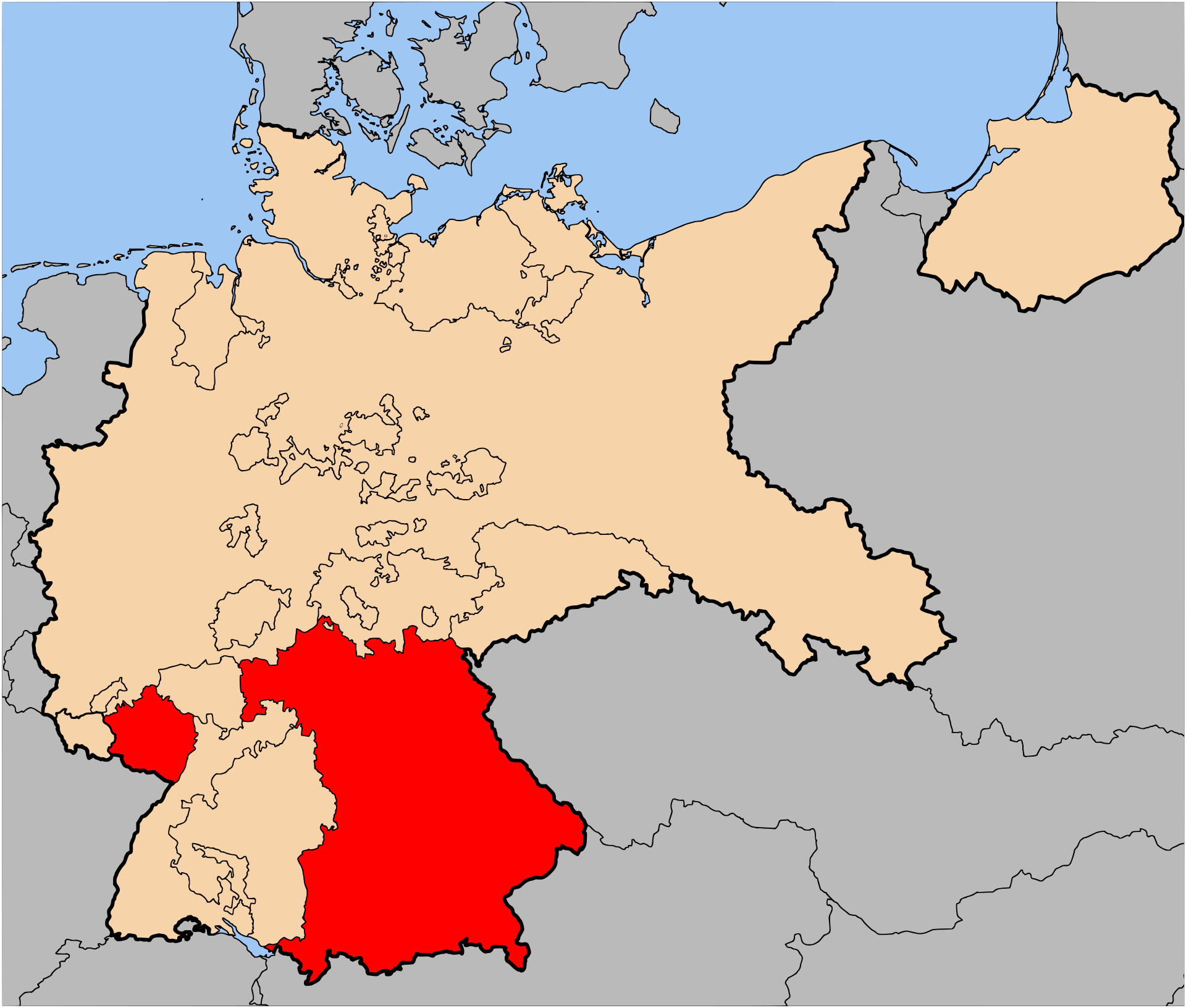 The Jews behind the Bavarian Soviet Republic of 1919
The Bavarian Soviet Republic which can only really be said to have lasted from 6th April to 3rd May 1919 is one of those historical events whose importance has been consistently underrated by both popular and academic historians. This is in large part – as is usually the case in such situations – (1) to other events eclipsing them.

In this instance the rise to power of the NSDAP – many of whose senior members participated in or were part of the Bavarian Soviet Republic – (2) less than fourteen years after its fall.

Its importance as an event, which promoted both anti-Communism and anti-Semitism in Munich and its Bavarian hinterland should never be underestimated. (3) Nor was this an irrational response to the events given that a similar government – the Hungarian Soviet Republic – was declared during the short lifetime of the Bavarian Soviet Republic, implemented similar policies (but had more time to carry them out) (4) and was also dominated by jews. (5)

Viewing it as a ‘tragi-comedy’ bordering on a ‘farce’ as famous jewish diarist Victor Klemperer did (6) is not only absurd – as it minimises the many politically-motivated murders that the short-lived Bavarian Soviet Republic committed during its existence - but dangerous, because it implicitly frames the murder of nationalists by communists as unimportant and unrelated to the killings performed by nationalists in response. Suggesting by implication that nationalist conduct is savage and irrational, while communist conduct is clinical and rational.

The lead-up to the crisis which provoked the creation of the Bavarian Soviet Republic on 6th April 1919 is to put it bluntly: weird.

On the afternoon of 7th November 1918; a cosmopolitan but not well-liked jewish journalist and prominent pacifist leader of the Independent Socialist Party of Germany (or USPD in German) from Berlin named Kurt Eisner (7) declared to a crowd of circa 60,000 people on Munich’s Theresienwiese that the ‘Free State of Bavaria’ had been established and was immediately joined by most of the soldiers in Munich at the time.

This was in fact a bloodless coup against the ruling Wittelsbach dynasty of Bavaria and King Ludwig III of Bavaria. Who was deeply unpopular as he was seen as pro-Prussian and a traitor to Bavaria and promptly went into exile with his family on 8th November. (8)

Bloodless as the coup was initially; it quickly began to rack up a body count. (9)

Predictably Eisner’s regime soon got into significant difficulties as it did nothing to address the poor state of the Bavarian economy, couldn’t forge a working coalition between the different parties and was repeatedly defeated in polls/votes, made fun of in the press and somewhat amusingly Eisner was even physically harassed by opponents in his own cabinet meetings. (10)

On 21st February 1919 Eisner was shot dead – ironically on his way to make his resignation speech (a fact unknown to his killer) – by a jew named Count Arco Valley. (11)

Following Eisner’s assassination and his funeral at which the jewish writer Heinrich Mann (elder brother of Thomas Mann) gave the funeral oration; (12) the Socialist Party of Germany’s (i.e. the SPD not Eisner’s USPD) leader in Bavaria Johannes Hoffmann formed a short-lived coalition government on 7th March 1919 that didn’t have much popular support, couldn’t solve the ongoing economic woes while also having a leadership comprised of individuals that had very different ideas about where the so-called ‘revolution’ should go. (13)

Hoffmann and the SPD’s poor performance encouraged Eisner’s more radical USPD to plot their overthrow. This was achieved – in cooperation with the jewish-run Germany Communist Party (KPD) – (14) by the USPD announcing the formation of a Soviet republic – which formally marks the beginning of the Bavarian Soviet Republic – on 6th April. (15)

The key figures in this first and brief phase of the USPD’s rule of Bavaria post-Eisner were Silvio Gesell, Gustav Landauer, Erich Muhsam and Ernst Toller. (16)

Of these four individuals: three were jews.

The leading influence was Ernst Toller who was an expressionist playwright who had cast himself in the role of the ‘Bavarian Lenin’. (20)

The post-Eisner USPD government of the early Bavarian Soviet Republic can thus be reasonably said to have been largely run by jews.

Despite its comic interludes – such as Toller’s non-jewish friend (and a former inmate of several psychiatric hospitals) Franz Lipp; who – acting as the People’s Deputy for Foreign Affairs – promptly declared war on both Switzerland and Wurttemberg for failing to loan him sixty train locomotives, while also writing – in all seriousness – to Lenin to gripe about the fact that Johannes Hoffmann had taken the key to the foreign minister’s personal toilet with him into exile at Bamberg. (21)

We need to remember that Toller’s government was one that was meant to be in the spirit of Lenin’s Bolshevik revolution in November 1917 in the former Russian Empire and that – had he not just ruled for six days – Toller would have in all likelihood been as vicious and morally atrocious as his fellow communist revolutionary and member of the tribe Bela Kun.

As it turned out; the more competent professional revolutionaries of the KPD took the opportunity provided by the rank incompetence of Hoffmann and Toller to assert their superiority and seize power. (22)

The KPD – like the USPD – was run almost entirely by jews in Bavaria. Its leader and the head of the Bavarian Soviet Republic until its demise on 3rd May was Eugen Levine. (23) Levine had been sent by the KPD leadership in Berlin to take control of the party in Bavaria and to facilitate the creation of the new Soviet Republic. (24)

Levine - the son of a jewish merchant called Julius Levine and his wife Rosa Goldberg – (25) succeeded admirably. On 12th April; he and his two principal lieutenants in the Bavarian section of the KPD – Tobias/Victor Axelrod and Max Levien – set about creating a Bolshevik state in Bavaria. (26)

Axelrod and Levien – also sent to Munich by the KPD leadership - just so happen to have also been of jewish origin. (27)

The trio of Axelrod, Levien and Levine immediately began to implement brutal measures against their enemies – socialist and nationalist alike – (28) only being stopped by the advance of thousands of former soldiers – the much maligned Freikorps – who volunteered to put down this Bavarian strand of the Leninist attempt to trigger a world socialist revolution.

Levine’s brutal mentality towards the non-jewish children under his governance is demonstrated by quoting him on the subject.

‘What does it matter if for a few weeks less milk reaches Munich? Most of it goes to the children of the bourgeoisie. We are not interested in keeping them alive. No harm if they die – they’d only grow into enemies of the proletariat.’ (29)

Indeed Levine was unrepentant in his hatred of the ‘bourgeoisie’ (read: ‘non-jews’) to the bitter end (30) and never did a man more deserve a death sentence than Eugen Levine and which – in contrast to today’s habit of dithering for years on the issue – was promptly carried out.