David Chandler explaining the atomisation of the North Tower. 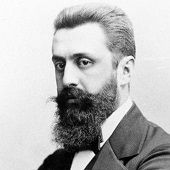 You can see from other videos how the upper part starts to collapse first. Funnily that part has been left out of that video. Do you think that there were some evil operatives that started the demolition just when the upper part began to collapse? Or were there some charges that started the collapse of the upper part and didn't get set off or damaged when the planes hit the buildings or when the fires burned for 56 minutes (South tower) and 1 hour and 43 minutes (North tower) on several floors? WTC 7 in turn burned for 7 hours!

Do you even realize how big a project it would be to rig two 110-story buildings and WTC 7 with explosives? Were there even more buildings that were rigged with explosives? And if US wanted a pretext to go to war for example, what difference it would even make to collapse the WTC 7 too? Just to create suspicion and conspiracy theories?

The building didn't collapse they were pulverised to dust . It is scientifically impossible for a smaller mass to pass through a larger mass as if passing through nothing. And as mentioned there are no photos or video showing any floor slabs driving through the undamaged structure.
Top
Post Reply
3 posts • Page 1 of 1