Racism/prejudice/discrimination by Jews against other Jews in Israel

Racism/prejudice/discrimination by Jews against other Jews in Israel

This thread is to detail examples of inter-Jewish prejudice: mistreatment by certain Jewish ethnicities in Israel (and elsewhere if historically relevant) against other Jewish ethnicities. There are multiple Jewish ethnic groups such as Ashkenazi, Sephardic, and Mizrahim to name a few. Although Israel was created after WWII presumably as a safe haven for Jews of the world to flee to in case they were experiencing persecution by the gentiles among whom they lived, some were shocked to encounter similar treatment by other Jewish ethnic groups after moving to Israel.

One notable author that has written about this is Jack Bernstein, who wrote a book in 1984: 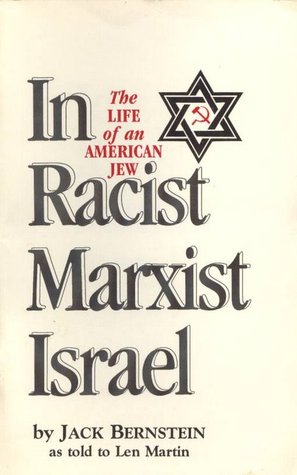 The author, Bernstein, was an American Jew of Ashkenazi descent and married a Sephardic woman. In his book he writes:

For the first three years of our marriage, it was necessary for us to live with Ziva's aunt. This was because of the critical housing shortage in Israel and because of racism. Housing is allotted as follows:

Opportunities for employment follow the same pattern: Ashkenazi Jews get the choicest jobs, Sephardic Jews next, and Moslem, Druze and Christians fill the menial jobs with a great many left unemployed. Even though I was an Ashkenazi Jew from the U.S., I was placed lower on the list for housing because I married a Sephardic Jewess.

There is much more about this in the book but I will not quote all of it because it's not very long and you can read it yourself.

Another example is the "Bene Israel" which claim to be Jews from India. When they moved to Israel after WWII, several rabbis refused to marry them to other Jews, claiming they weren't legitimate Jews. From Wikipedia:

In 1962, authorities in Israel were accused by articles in the Indian press of racism towards the Bene Israel.[32][33] In the case that caused the controversy, the Chief Rabbi of Israel ruled that before registering a marriage between Indian Jews and Jews not belonging to that community, the registering rabbi should investigate the lineage of the Indian applicant for possible non-Jewish descent, and in case of doubt, require the applicant to perform conversion or immersion.[32][33] The alleged discrimination may actually be related to the fact that some religious authorities believed that the Bene Israel were not fully Jewish because of inter-marriage during their long separation.[34] Between 1962 and 1964, the Bene Israel community staged protests against the religious policy."
- Bene Israel, Wikipedia
https://en.wikipedia.org/wiki/Bene_Isra ... _in_Israel