It's not that he was lying, he just wasn't telling the truth. Again, his Oprah Winfrey worthy story was just contrived and emotive BS.
https://youtu.be/j30sWIOMIak
Top 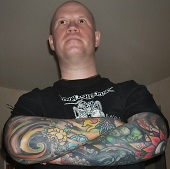 This "man" and his wife have some sort of pathological--schizophrenic disorder. I'm not a diagnostitian, but I will scour the new DSM-V for a reference. Otherwise he is what's known in the clinical therapy field as a "liar." Here's an aside: James Frey, author of "A Million Little Pieces" was invited to Oprah where she (rightfully so) gave him praise & accolades on his book. A bit later, upon discovering that parts of it may have been migrants of his imagination, he was back on her show to apologize. So an addict crawls out of the proverbial gutter, accepts help, recovers, and writes a book. Awesome for him (we all have loved ones addicted or in recovery, eh?) And one should expect some stretched truths or filled in anecdotes. Addiction. Blackouts. Addiction. Blackouts, ad infinitum. But Holocaust man makes up a story out of thin air, says it's not a lie because he imagined it vividly, and they elect him King for a.day. When the gig is up, where is Oprah demanding he apologize to the world for blatant misinformation?!? At least the truth came out on national news, it only helped the revisionist cause. Agree?
Top

Although Rosenblatt's lies are their own form of punishment, he will be easily forgiven. Oprah Winfrey could even construct a new form of tears for the poor fellow. Tears birthed in agony for the poor Jewish boy, intoxicated as he was by the inhalation of smoky flesh and crappy Polish apples. Too intoxicated to inform Snow White that she had best high-tail her ass outta' here because the SS are known for their deadly accuracy. Oh yeah, and by the way Snow White, this is a death camp.
I guess instead of punishing Rosenblatt for his cheap opportunism and exploitation of his brethren; an inverse form of holocaust denial. Not lying by omission, but literally by addition.
They could always hunt down some former SS guard and put him on trial for making the holocaust narrative look so shabby.
Indeed, we need to know how far up the chain of command went. Who were these holocaust denying SS men; failing to execute Rosenblatt as well as failing to incarcerate Snow White?
(Tongue in cheek)
Top