When discussing the 'holocaust' storyline we must remember we're talking about a bizarre narrative which claims that an alleged '6M Jews & 5M others' ... 11,000,000 were murder by the 'Nazis'.

The fact remains that there is not a single verifiable, excavated enormous mass grave with contents actually SHOWN, not just claimed.

Recall the claim of 900,000 buried at Treblinka, 1,250,000 at Auschwitz, or 250,000 at Sobibor, 34,000 alleged at Babi Yar.
The 'holocaust' Industry claims that these enormous mass grave sites still exist and they know exactly where these alleged enormous mass graves are.

Yet we never see actual excavations & their contents verified and shown. Never.

At most we read of someone who profits from the storyline claiming mass graves where none exist, and again, not showing the alleged enormous human remains of Jews.

To my point, here's what real excavations of real mass graves look like, what a real forensic study looks like:

Katyn forest was the scene of the murder of thousands of Poles by the Soviet Union. It was falsely accepted into the Nuremberg records that it was the Germans who were responsible for this slaughter. There were 'documents', 'eyewitnesses, 'confessions', executions of Germans; all of which allegedly attested to German guilt. This "proof" presented by the communist Soviets was accepted by The Allies.

However, a detailed, thorough, and verifiable forensic examination (see link) of the site had been done by the Germans during the war and clearly established Soviet guilt; but no, the Germans were said to be the guilty ones.
In 1989 the communist Soviet government finally admitted responsibility.

It should be noted that this detailed, verifiable forensic study by the Germans was the only such study done by the belligerents of WWII.
The Allies never conducted and showed the results any such study of Auschwitz or the other alleged mass murder sites where massive numbers of human remains are alleged to still exist.

At the German excavation at Katyn corpses were shown 'in situ', corpses were exhumed, tagged, identified, the method of execution was clearly shown and proven.
The German study was thoroughly photographed and documented. Observers from Axis, Allied, and neutral countries were in attendance.

Imagine in a legit court law making a claim that enormous & known mass graves exist which prove the guilt of a charged party.
Anyone making such a claim would be required to show excavations of the alleged sites, or the court would order the excavations be performed under the watchful eye of forensic scientists. There would be immense documentation, verifiable photos, and witnesses.
That has NEVER happened in regards to the impossible 'holocaust' allegations. NEVER.

"Alone the fact that one may not question the Jewish "holocaust" and that Jewish pressure has inflicted laws on democratic societies to prevent questions—while incessant promotion and indoctrination of the same averredly incontestable ‘holocaust’ occur—gives the game away. It proves that it must be a lie. Why else would one not be allowed to question it? Because it might offend the "survivors"? Because it "dishonors the dead"? Hardly sufficient reason to outlaw discussion. No, because the exposure of this leading lie might precipitate questions about so many other lies and cause the whole ramshackle fabrication to crumble."
- Gerard Menuhin / Revisionist Jew, son of famous violinist
If it can't happen as alleged, then it didn't.
Top

Re: What real, actual mass grave excavations look like. 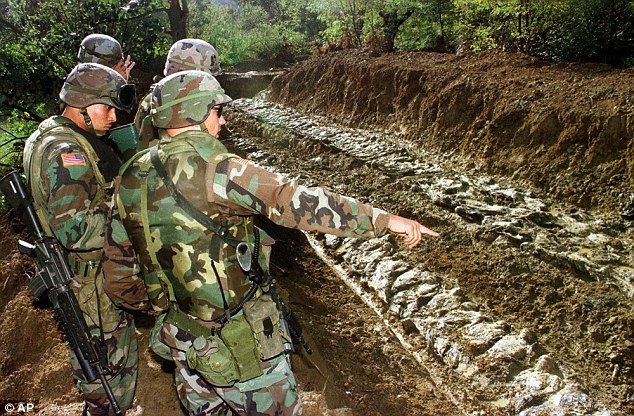 This is how mass graves could well be excavated. But of course this only happens when jews are not involved. In this case the horrific crimes of the Serbians against the Islamics and others they hated for centuries were exposed because truth was important and lies and deception were not.

Of course in many such claimed graves from the holocaust we wouldn't be looking for decomposed bodies but tons of cremains. Still available for forensics.
'Of the four million Jews under Nazi control in WW2, six million died and alas only five million survived.'