Another fraudster of the Holocaust unmasked.

Another fraudster of the Holocaust unmasked.

This kind of fraudster and liar is not rare. All similar cases could maybe be reunited in a special thread which compiles their stories.
This one is a Jew from Italy as reported in an article of the "Corriere del Veneto". A reference is given for another one from Spain.

Samuel Artale, an 83-year-old from Padua, travels around Italy witnessing the horror of the death camps. But he never would have been there.
by Roberta Polese 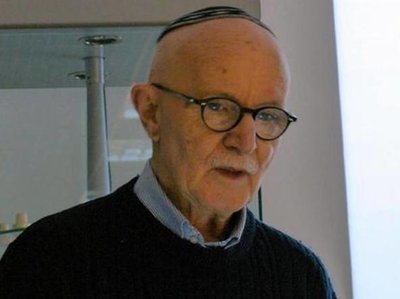 It’s an uncomfortable truth: that of Samuel Artale von Belsky Levi, an 83-year-old Paduan who has spent the last few decades testifying in schools and communities of his detention at Auschwitz when he was just a child. Her emotional testimony gave rise to great debates. However, it appears that the testimony is not truthful. Artale, who has always said that he was born in Rostock, Germany and to be the son of Prussian Jews deported to the extermination camps, was actually born in Calabria. His name does not emerge anywhere In the Shoah archives , as well as there is no evidence of him and his family in Rostock.
The news was reported Friday by the "Gazzettino". Apparently, an expert on Venetian deportations had suspected that Artale had nothing to do with the Jewish tragedy and found an official confirmation.

A precedent in Barcelona

The story recalls the one told in the book "The Impostor" by Javier Cercas, which tells the story of Enric Marco, a 90-year-old man from Barcelona who told for years that he had fought the dictator Franco in Spain and that he had been interned in Flossemberg and left alive. The sham continues until 2005, when the house of cards collapses thanks to a historian who reveals that nothing of what Marco claims was founded.

Artale’s history was also known in Jewish communities, but in this historical period it seemed complex for many to unmask such a story, especially for the fear that everything would be dragged into a spiral of denial that could be easily exploited these days .