All Revisionist Books Banned From Amazon !! 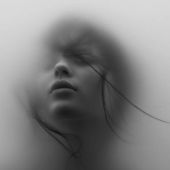 Re: All Revisionist Books Banned From Amazon !!

Amazon is such a disappointment. To restrict the distribution of knowledge is criminal.
Top

Re: All Revisionist Books Banned From Amazon

cjstewart wrote: We were advised by Amazon that they will no longer allow/sell "The Dissolution Of Eastern European Jewry" by Sanning, Walter N.

The listing for the Sanning book "The Dissolution Of Eastern European Jewry" has disappeared from Amazon.

I would like here to record the top-rated review of the book (still available from the cache). That it may not disappear so easily...

Amazon.com Book Review for "The Dissolution Of Eastern European Jewry" by Walter Sanning

Relatively few books can be adequately summed up by their titles, but this one surely can. A play on Hillberg's title "The Destruction of the European Jews", the premise of Sanning's scholarly and extensively-researched work is that the Jews of Eastern Europe (numbering many millions at the end of WWI but very few by the time the Berlin Wall arose) were mostly scattered with the winds; to Israel, the USA, the USSR, and several dozen other countries in the world. Many *were* "destroyed" in the horrible WWII period, but on the whole it is best said that Eastern European Jewry "dissolved". The primary evidence presented by Sanning bears this out.

This work was published in 1983. By the early 1980s, a large accumulation of so-called "revisionist" writing had cast serious doubt on many aspects of the Holocaust, namely the planned extermination of Europe's Jews and the killing of 6 million of them mostly in gas chambers (these were argued to be false, completely baseless accusations). The only open-question was "If Europe's Jews were not killed off, what happened to them? After all, there are surely millions fewer Jews in Eastern Europe today than in the 1930s". Revisionist authors who had cast doubt on the extermination claims had no solid answer for this. This was the weak point of post-war Holocaust Revisionist scholarship, until this book was published.

Sanning examines the documentary evidence and the deep demographic patterns of the Eastern European Jews and comes to the conclusion that, while many did die in the chaotic 1940-1945 period, as a whole it can be said that Eastern Jewry "dissolved"; i.e. they scattered throughout the world during and after the traumatic 1910s-1950s period. Even to a layman it is obvious that many did emigrate (the ubiquitous elderly Holocaust survivors and children thereof in most Western countries, and with 5.5 million Jews now living in Israel [up from under 100,000 a century ago]). But the extent to which emigration occurred is a question that few scholars have bothered to examine. Sanning does so, with hundreds of references to source documents like the Polish censuses of the 1920s and 1930s. (It is hard for anyone to seriously contend that census records were falsified at the time.) From the documentary evidence, one revelation totally unknown to the average reader emerges: The fact that a rapid de-Judaization of Poland was already underway by the 1920s via emigration, which began as a trickle in the 1880s. The Jews of Eastern Europe saw no future there -- both before and after the war -- and so many went west, especially to America, many went south to Israel, and by bad luck many others wound up in the USSR.

The crux of the book, then, is that European Jewish experience during WWII fits in with the overall Jewish narrative of the past ~150 years: A turbulent ride ultimately ending in westward and Israel-bound diaspora. While many Jews died (1.25 million Jewish dead in WWII -- Many while in Soviet custody -- is the estimate provided by Sanning), and this should certainly not be ignored, large-scale death was not the central feature of the Jewish experience of the era: Diaspora was.

The author is a prominent university scholar and expert in the field of demography from the USA, whose real identity is still not publicly known 25 years after the publication of this book. He was forced to use a pseudonym ("Sanning"="Truth" in Swedish) because of the nature of this work.

Re: All Revisionist Books Banned From Amazon !!

Darkshine wrote:Amazon is such a disappointment. To restrict the distribution of knowledge is criminal.

Amazon can offer on their website what they want. But that they could be bullied into removing a series book with a POV on a certain subject, is quite telling.

I wonder how they'd treat a simple sourcebook. No comment or opinion just a collection of documents.
Top
Post Reply
48 posts