A fascinating, informative read on the early 'gas chambers' rumors, invention, propaganda, and why they were rejected.
I have quoted the abstract, the 2 part conclusion, and Principal Characters.

What I've copy is something to whet your appetite, I seriously suggest that you see the given link for the full text.

At Nuremberg 'the court was not bound by technical rules of evidence.'

An essay published in tribute to Prof. Robert Faurisson on his 88th birthday, 25th January 2017 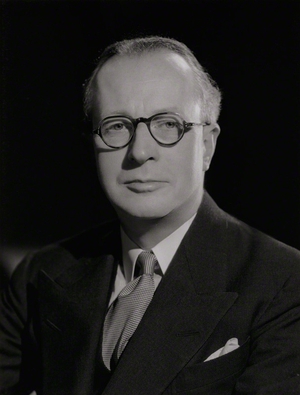 
Abstract
For more than thirty years, historians have been aware of once-secret memoranda by senior British intelligence ofﬁcial Victor Cavendish-Bentinck in which he casts doubt on the alleged use of homicidal gas chambers by National Socialist Germany.[1] Writing to Whitehall colleagues at the end of August 1943, Cavendish-Bentinck used dismissive language which today in most European countries would undoubtedly see him prosecuted for “Holocaust denial”.

During the trial of British historian David Irving’s libel action against Deborah Lipstadt in 2000 (now dramatized in the Hollywood ﬁlm Denial) some of Cavendish-Bentinck’s remarks were raised by Irving as justiﬁcation of his claim that the gas chamber story originated as a propaganda lie. In his judgment against Irving, Mr. Justice Gray accepted the counter-arguments of Lipstadt’s defense team. Their interpretation has since appeared in a book by Prof. Sir Richard Evans, who was among Lipstadt’s defense witnesses.

Seventeen years on from the Irving-Lipstadt trial, it is now possible to access a broader range of British documents, including intelligence material. In this essay I shall attempt to clarify what these documents tell us about the role of British propaganda and intelligence in relation to the initial allegations of homicidal gassing by National Socialist Germany.

The conclusions can be brieﬂy summarized:

Britain’s Political Warfare Executive and its predecessor ﬁrst deployed stories of homicidal gassing as part of propaganda efforts in two areas unconnected to treatment of Jews. Their objective was to spread dissension and demoralization among German soldiers and civilians, and among Germany’s allies.
Partly because they knew of these earlier propagandist initiatives,[2] Victor Cavendish-Bentinck and his British intelligence colleague Roger Allen disbelieved later stories that homicidal gas chambers had been used to murder Poles and Jews. They succeeded in having these allegations removed from the draft of a joint Anglo-American Declaration on German Crimes in Poland, published on 30th August 1943.

I have catalogued these very early references to homicidal gassings because they indicate that Victor Cavendish-Bentinck believed he had good reason, in August 1943, to disbelieve stories about mass murders of Poles and Jews in gas chambers. It is of course illegal in many European countries to express such a view today.

As opposed to the growing tide of historical revisionism, orthodox or “exterminationist” historians now suggest that the homicidal gassing of Jews began in February and March 1942, and maintain that the ﬁrst homicidal gassings of Soviet and Polish prisoners in Auschwitz took place in August-September 1941.[43] Yet SOE were putting out a rumor or “sib” about the gassing of “incurables” (i.e. euthanasia by gas chamber) in December 1940, and an extension of this rumor to encompass gassing of severely wounded soldiers was already current by the summer of 1941 – i.e. before the very ﬁrst alleged gassings of prisoners at Auschwitz.

Revisionists accept that a euthanasia program began in Germany at the start of the war (using lethal injections) but was abandoned in August 1941on Adolf Hitler’s orders due to the scale of religious opposition, especially from the Catholic Bishop von Galen of Münster. The alleged use of gas chambers in this euthanasia program has been seen by revisionists as an attempt to bolster Holocaust myths.[44] British propagandists’ invention of a “lethal chamber” aspect to euthanasia could in this context be seen as the basis for later accretions of myth.

With so many gaps in the documentary record, we might never know precisely how these stories were built up. What we can say is that existing SOE and PWE records fatally undermine one of Prof. Richard Evans’s arguments against David Irving. As noted above, Evans wrote:

“There was no evidence here or anywhere else, indeed, that the British Political Warfare Executive had invented the story of the gas chambers.”

In fact PWE/SOE certainly did invent stories about homicidal gassings – the inventions were circulated long before any such gassings are now alleged to have taken place.

Principal Characters
(Sir) Denis Allen (1910-1987), New Zealand-born career Foreign Ofﬁce ofﬁcial; in1943 was number two to Frank Roberts in the Central Department, which then covered Holland, Belgium, Germany, Austria, Poland, Hungary, Spain and Portugal; British Ambassador to Turkey, 1963-1967; swapped jobs with his namesake below to become the FO’s Deputy Under-Secretary for Middle East and Africa, 1967-69.
(Sir) Roger Allen (1909-1972), barrister recruited to Foreign Ofﬁce during Second World War; liaison between FO and intelligence, in connection with the Joint Planning Staff and the Joint Intelligence Committee (JIC), both during and after the war. Also served as Joint Secretary of the War Cabinet Committee on Treatment of War Criminals, set up in July 1942. British Ambassador to Turkey, 1967-69 after swapping jobs with Sir Denis Allen.
(Sir) David Bowes-Lyon (1902-1961), Political Warfare Executive ofﬁcer and chairman of the Underground Propaganda Committee which developed “sibs” or rumors of homicidal gas chambers. Younger brother of King George VI’s Queen Elizabeth, and uncle of today’s Queen Elizabeth II.
(Sir) Victor Cavendish-Bentinck (1897-1990), career diplomat 1919-1947; chairman, Joint Intelligence Committee, 1939-45; British Ambassador to Poland, 1945-47; once tipped to become Chief of MI6, but following a divorce scandal resigned from the Diplomatic Service and began a business career; late in life succeeded to the title Duke of Portland in 1980; known to friends and colleagues as Bill
Col. Henry Cartwright (1887-1957), MI6 ofﬁcer; military attaché in Berne, Switzerland, 1939-45; passed a version of the “gas-chamber” rumor to the JIC via the War Ofﬁce in November 1941
Moray McLaren (1901-1971), head of PWE’s Polish section. Scottish journalist and author; biographer of Sir Walter Scott. Worked for the BBC, 1928-1940; ﬁrst Programme Director for Scotland, 1933-35.
Maj. Gen. Stephen Shoosmith (1900-1956), served as JIC Secretary (with rank of Lt. Col.) in 1941; in this capacity, he circulated to Cavendish-Bentinck and his JIC colleagues the rumors (or “sibs”) devised by black propagandists, mostly originating with PWE. Later Principal Staff Ofﬁcer to Field Marshal Montgomery, Deputy Supreme Allied Commander, Allied Powers, Europe, 1954-56.
David Esdaile Walker (1907-1968), Oxford-educated journalist and MI6 asset; Daily Mirror and Reuters foreign correspondent, 1936-52; later with the News Chronicle. Used by MI6 and SOE to circulate “sibs.”

The paragraph below caught my eye...

During 1941 SOE “disseminated a rumour that the Germans had ordered 500 mobile crematorium units from the Ford works in Cologne and Antwerp to be ready by the Spring”. This sib came back in the form of a story circulating in France that “the German army has crematory ovens installed in lorries and cremate all their own dead. …This enables the Germans to ﬁx a ﬁgure for their losses at whatever they please, and leaves no evidence to controvert them.”[30] Later an intercepted Swiss letter showed a variant of this rumor, that the Germans “burn their dead in travelling crematoria and keep their losses carefully concealed until the campaign is ended. In this way members of the family wait and hope for the best.”[31]

Cremation enabling some members of a group to fix a figure for their losses at whatever they please... hmmmm... Reminds me of something. But what? Reminds of somebody. But who? Oh yes, now I remember. Reminds me of the Holocaust and the Zionists (as well as the Soviet-Allied accusers at Nuremberg).

'You anti semite, you hate jews then'
'Of the four million Jews under Nazi control in WW2, six million died and alas only five million survived.'

borjastick wrote:'You could have saved the jews by bombing Auschwitz during the Holocaust'
'There was no evidence of the gas chambers or mass m urder so we didn't bomb'
'You anti semite, you hate jews then'

In reality the bombings did have the opposite effect. They did destroy otherwise available resources and the infrastructure to distribute them. The consequence was shortage of vital supplies. That includes vital supplies to concentration camps, where people were unable to substitute for the missing supplies. The result was disease and starvation. That produced the dead and emaciated camp inmates the Allied psychological warfare officers took grinningly pictures of. And that was what convinced nay persuaded to believe that there is "some truth" to the later Holocaust-narrative. For the warfaring Allies the atrocity-stories were vital, because otherwise the finger would point to them. Since then several wars with millions of deaths were justified with "Auschwitz".
Top
Post Reply
4 posts • Page 1 of 1