Deceit, Lies and Swindles: The Psychology behind “Holocaust Survivor Testimonies”

This is just too easy.

Following this article scroll down at http://peterwinterwriting.blogspot.com for the demolition of more lying swindlers. 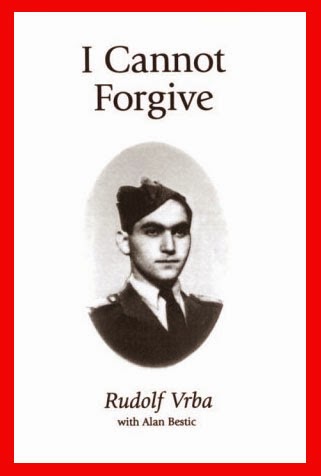 Even the most famous “eye witness Rudolf Vbra of all, Rudolf Vbra, upon whose “testimony” much of the entire “Auschwitz gas chamber” story is based, admitted in a Toronto Court in 1985 that he had never actually seen a gassing at the camp and that his book, I Cannot Forgive, was only "an artistic picture...not a document for a court."

According to the Toronto Star coverage of the court case:

Rudolf Vrba, now an assistant professor at the University of B.C., told the Ernst Zündel trial that his written and pictorial descriptions of the Auschwitz crematoria and gas chambers are based on "what I heard it might look like."

This was an astonishing admission, bearing in mind that Vrba’s “testimony” has formed the basis of most, if not all, descriptions of the gas chambers of Auschwitz.

Consider the following advertising blurb which accompanies the most recent reprint of Vrba’s book:

“April 7, 1944—Alarm sirens announce the escape of two Slovak prisoners from a heavily-guarded camp in Nazi Germany. The escapees, Rudolf Vrba and Alfred Wetzler, succeed and flee more than one hundred miles to give the first graphic and exact descriptions of the operations at Auschwitz, which up to that point had only been heard about as unverifiable rumours. Their report, first published in Switzerland and then in the western press, made the reality of Nazi annihilation camps explicit and unequivocal to Pope Pius XII, Winston Churchill and Franklin D. Roosevelt.”

Yet now we are told, by Vrba himself, that it was all just an “artistic picture” based on “what I heard it might look like.”

The 'holocaust' storyline is one of the most easily debunked narratives ever contrived. That is why those who question it are arrested and persecuted. That is why violent, racist, & privileged Jewish supremacists demand censorship. What sort of Truth is it that crushes the freedom to seek the truth? Truth needs no protection from scrutiny.
The Internet is demolishing the false narrative promoted by arrogant Jewish supremacists. From the slaughter of the Palestinians to the lies of Auschwitz the world is recognizing the dangers of Jewish supremacism.
The tide is turning.
If it can't happen as alleged, then it didn't.
Top

Re: "eyewitness" Rudolf Vrba: "what I heard it might look li

"Their report, first published in Swiss and then in the western press, made the reality of Nazi annihilation camps explicit and unequivocal to Pope Pius XII, Winston Churchill and Franklin D. Roosevelt.”

Yet now we are told, by Vrba himself, that it was all just an “artistic picture” based on “what I heard it might look like.”

Rudolf Vrba and the Auschwitz "gas chamber" both blown clean out of the water by Douglas Christie, and now by Peter Winter in a single short sentence!

Thanks Hannover!
Maybe, just maybe, they believe what they are telling you about the 'holocaust', but maybe, just maybe, their contempt for your intelligence and your character is beyond anything you could ever have imagined. -- Bradley Smith
Top
Post Reply
2 posts • Page 1 of 1